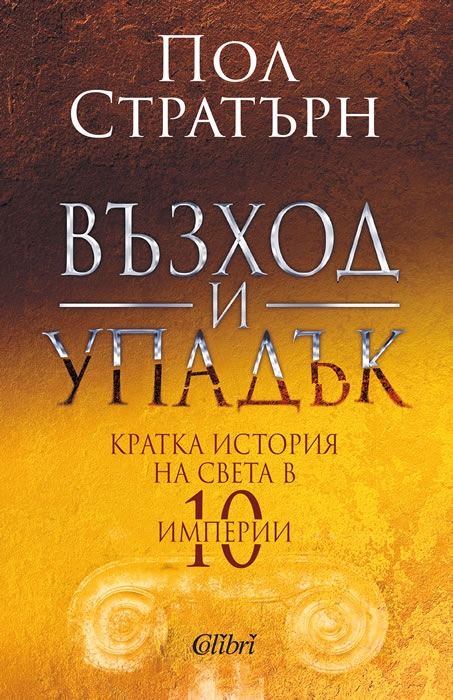 From the Akkadian Empire to modern-day America, Rise and Fall charts the history of the world through its ten greatest empires. Through these we examine humanity's will to power in forms both infamous and poorly understood, and trace the evolution of the imperial impulse as it moves from the blunt military aggression of the ancient empires to the subtle but far-reaching cultural influence of today's superpowers.

We encounter empires in all their contradictions - like the Mongol Empire, the largest land empire the world has ever seen, and yet also the most short-lived. Rise and Fall also reveals striking, often completely unrelated historical parallels: pyramids found not just in Egypt but also in Babylon, Mexico and China; unmistakable echoes of the infant discovered in a basket myth which occur in the Old Testament, the Akkadian origin myth, as well in Hinduism.

Above all, we see how the ambition of imperial greatness everywhere - from the Roman emperors to Hitler - is rooted in dreams of utopia and immortality. Every empire contains the seeds of its own destruction: so what precisely is social progress? Who benefits from it, and who suffers?

Rise and Fall reminds us that the progress of humankind takes many forms, and that - perhaps - the systems we take for granted today are far from being the only or inevitable course of future civilisation.

Paul Strathern (born 1940) is a Scots-Irish writer and academic. He was born in London, and studied at Trinity College, Dublin, after which he served in the Merchant Navy over a period of two years. He then lived on a Greek island. In 1966 he travelled overland to India and the Himalayas. His novel A Season in Abyssinia won a Somerset Maugham Award in 1972.