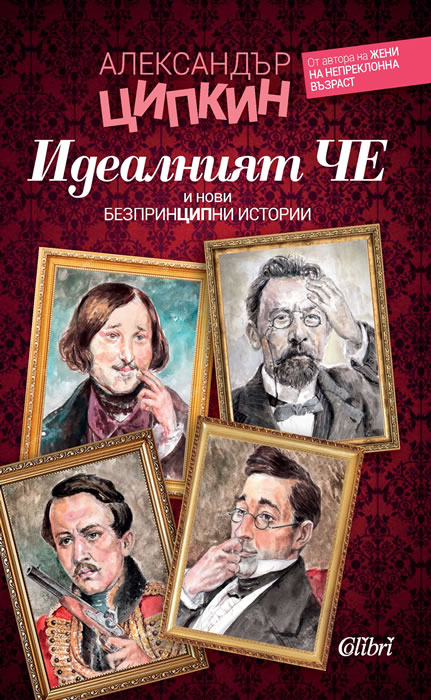 In this second book, published by Colibri, the Russian O’Henry, the rock star of Russian literature, the hooligan writer, the worthy successor of Zoshchenko and Koltsov once again proves that he can laugh to tears.

The collection includes a selection of "The Girl Who Always Laughed Last" - ten stories, humorous, satirical, arousing all kinds of laughter from restrained giggles to outright giggles; the story "The Perfect Che" - the absurd but not incredible story of a selfie posted on social media of the ideal, with an apology, dick, later named after Che Guevara, and the award announced for the one who recognizes it; and another original idea of ​​this writer with unbridled imagination, the interactive play "Intuition" - stories from the afterlife - funny and extremely comical, even when arouse sympathy.

Alexander Tsypkin is the literary discovery of 2015. From Facebook to the bestsellers.

Born in 1975 to a family of several generations of doctors, he graduated from the School of International Relations of the St.Petersburg State University. An expert in strategic PR, he has worked with major Russian companies. A frequent speaker at major professional fora and conferences, for several years he worked as the PR director of North-Western Megafon. In 2014 he moved to Moscow to get engaged in projects in the field of information politics in corporate conflicts. He has won many professional awards including the Proba-IPRA Golden World Awards.

An experienced journalist, he has interviewed more than a hundred politicians, cultural, scientific and sport’s figures.