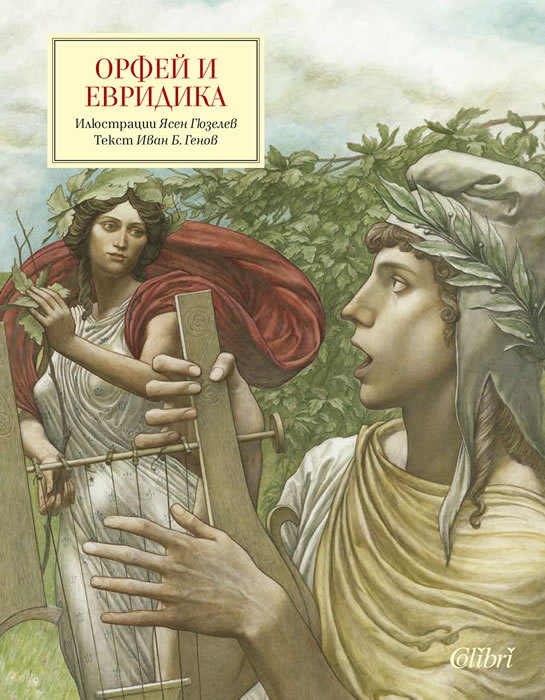 The ancient legend of Orpheus and Eurydice concerns the fateful love of Orpheus of Thrace for the beautiful Eurydice.

When Orpheus' bride Eurydice is killed by a snakebite on their wedding day, Orpheus's world is shattered. He must journey to the Underworld to negotiate with Hades himself to win his bride back. Can love triumph over the dark power of the Underworld?

The story of Orpheus and Eurydice is one of the saddest myths in all of magical Greek mythology. This edition is accompanied by wonderful illustrations by Yasen Gyuzelev.

Ivan B. Genov (b. 1956 in Sofia) graduated in classical philology at Sofia University "Kliment Ohridski" and specialized in Byzantine studies in Munich. He was a teacher of ancient Greek and Latin and ancient culture at the Classical High School in Sofia, where he was also deputy director, and taught Greek palaeography at Sofia University. Long-term translator at the highest level of the governments of Bulgaria and Greece.

In addition, Genov is a polyglot. He has worked for many years as a translator and editor of fiction, mainly from and into modern Greek, as well as from German.