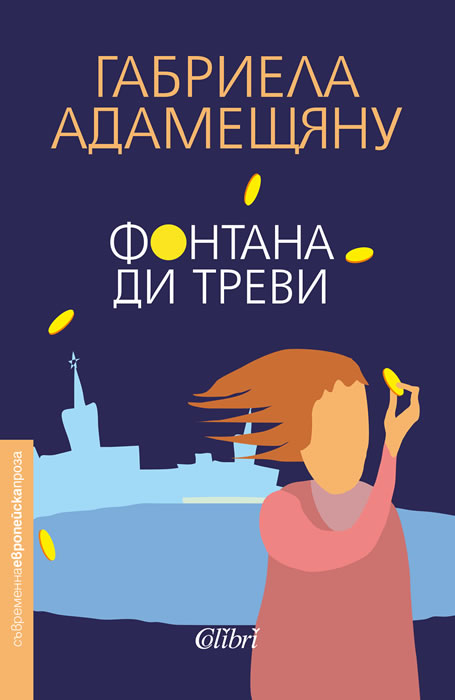 Does the coin of luck thrown at the Trevi Fountain in Rome bring happiness? How can Leticia, who emigrated to France, get her inheritance from the uncles repressed by the communist regime? What new will she learn about her confused love life from a young age and will she find a publisher in Romania for her autobiographical novel?

The voice of the main character draws us into painful dilemmas for everyone: between friendship and mistrust, love and sex, the "voice of the earth" and the skepticism of the emigrant, talents and career. During one of her days in today's Bucharest, we walk the streets of the city with her memories of the last three decades, enter the homes of several families, witness the real earthquake, the so-called "revolution" and the world attacks, learn how life transforms in a novel.

Gabriela Adameşteanu was born in Târgu Ocna, Romania, in 1942. She studied Romanian language and literature at the University of Bucharest and worked as an editor for publishers of literature and reference works. In 1990, she became a member of the Group for Social Dialogue (GDS), the first Romanian NGO. In 2002, she received the Hellman-Hammett grant from Human Rights Watch in recognition of her advocacy work. As president of the Romanian PEN, she was a writer in residence in the USA (Iowa City, 1990; Ledig House, 2004) and France (Arles, 2000; Saint-Nazaire, 2004).

Adameşteanu’s first novel, Drumul egal al fiecărei zile (1975, The Equal Way of Every Day), describes daily life in the sixties, alternating between the themes of a young girl’s éducation sentimentale and success and failure in life. Her most well-known work, Dimineaţa Pierdută (1983, Wasted Morning), provided the story for one of Romania’s most successful plays. With a strong sense of the idioms and attitudes of different social classes and personalities, Adameşteanu juxtaposes individual destinies and collective tragedy and creates a polyphonic portrait of her country in the 20th century. Her novel Întâlnirea (2003, The Encounter) is a modern answer to Homer’s Odyssey and focuses on an immigrant’s difficulties in communicating with his home country that has been isolated from the world by years of dictatorship.

Adameşteanu has been internationally honored many times for her work. In 2014, she was made a Chevalier de L’Ordre des Arts et des Lettres. She has translated Maupassant and Bianciotti into Romanian. She lives in Bucharest.