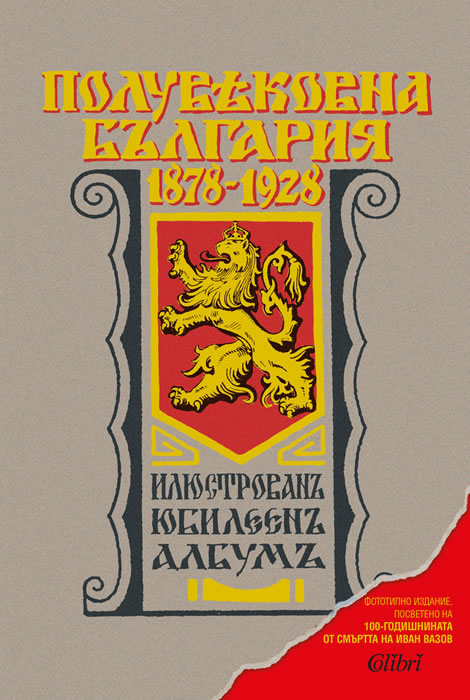 Half a Century of Bulgaria 1878-1928. Illustrated anniversary album. Phototype edition

"And precisely in these conditions, when everyone seeks salvation for himself and as he sees it possible, a woman, already in adulthood, performs a work with the spirit of Vazov's presence, evoking the memory of the great patriotic gestures of the Bulgarian Revival. Once her efforts become a reality, contemporaries will give them a rare unanimous assessment: "amazing achievement," "great patriotic deed," and "rare feat." I do not remember anything else done in Bulgarian culture in the 1920s, greeted in such an unambiguous and universally laudatory way.

However, historical memory can be astonishingly short. Decades later, this "amazing achievement" will be forgotten and buried, "physically" and spiritually, in the ruins of its time. It is only today, nearly a century later, that it is finally resurrected."