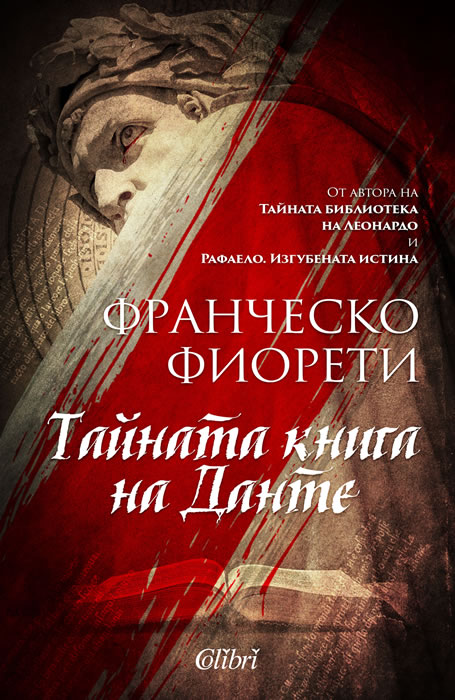 700 years ago, on September 13, 1321, under very dubious circumstances, Dante Alighieri died as an exile in Ravenna, whose great "Divine Comedy" marked the beginning of the end of the dark Middle Ages in Italy church dogmas and opens the horizon for secular literature and the art of the brilliant Renaissance.

Francesco Fioretti draws the reader into a mysterious and incredibly fascinating story of intrigues, ruthless persecution and brutal murders that take place on the stage of the passing Middle Ages - Dante's son stubbornly pursues the murderers of his genius father, on his way meets nuns and crusaders, vicious priests and good-hearted prostitutes. And they are all looking for the last, hidden text of the poet, containing his covenantal, prophetic messages.

"Dante's Secret Manuscript" (2011) is the debut novel by Francesco Fioretti, which for months did not fall behind the top of the literary charts, sold 700,000 copies in Italy and since its release the copyrights were bought in 7 countries.

The Italian writer Francesco Fioretti studied Literature in Florence. He has published critical essays and scholastic anthologies. His debut novel Dante's Secret Manuscript (2011) has been on the top of the literary charts - 700,000 copies have been sold in Italy and the copyrights have been bought in 7 countries.