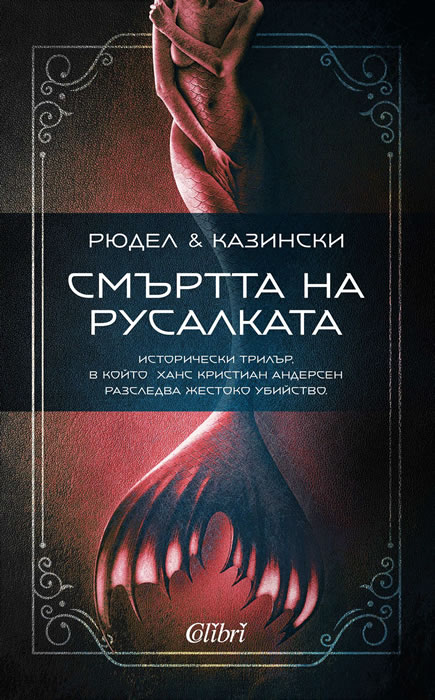 The Death of a Mermaid

Copenhagen 1834: The mutilated body of a prostitute is discovered in the Copenhagen harbor. A witness immediately identifies the killer as being Hans Christian Andersen, as he was seen leaving the prostitute’s room the previous night. The Copenhagen Police take the writer in for questioning. He defends himself. Yes, he did indeed visit the prostitute, but he simply made paper cut-outs using the woman as a subject. Nothing else. The police chief does not believe him and Hans Christian Andersen remains the main suspect. Andersen is in shock – and it’s only because he has the right social connections that he escapes jail and puts all his determination towards finding the right killer.

The Death of a Mermaid’s literary style combined with hardboiled suspense – and a touch of fairytale – makes it a wild and unusual mix of genres and a completely new take on crime fiction. It is a compelling and frightful read and a fascinating and atmospheric portrait of mid-19th century Copenhagen. Hans Christian Andersen, with his delusions of grandeur and low sense of self-esteem, is the main protagonist.

The Death of a Mermaid is an exciting and clever twist on the tale of HC Andersen. What if Andersen used his brilliant twisted mind helping the police solve horrible crimes? What if his famous fairy tales were actually based upon killings in 1830s?

Thomas Rydahl (b. 1974) is an award-winning Danish author. His debut, the bestselling novel The Hermit, was published in 15 languages. The Hermit won Denmark’s biggest crime-fiction award, The Harald Mogensen Award, as well as the Glass Key, the award for the best Scandinavian crime novel.

The books by A.J. Kazinski (pseudonym for Anders Rønnow Klarlund and Jacob Weinreich) have sold more than 450,000 copies in Denmark and have been published in 26 countries.