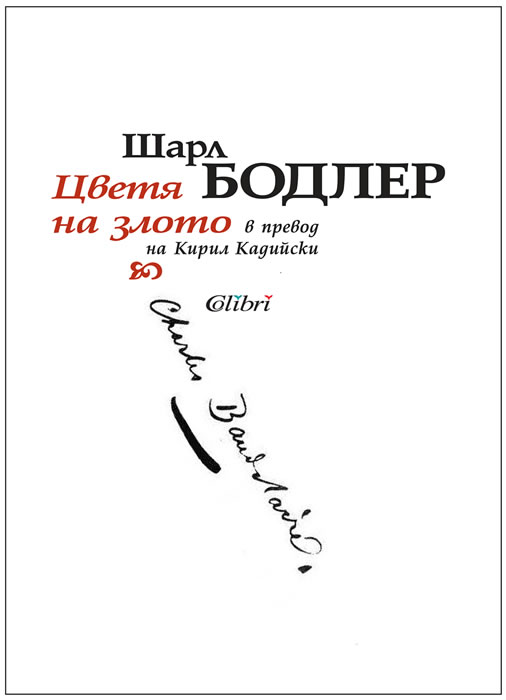 The Flowers of Evil

On the occasion of the bicentennial of Charles Baudelaire's birth, Colibri presents to his readers and admirers a luxuriously designed edition of The Flowers of Evil with 15 illustrations by Ulrich Mertens.

The Bulgarian correspondences of the immortal works, the work of the poet Kiril Kadiyski, have long been an integral part of the Bulgarian cultural heritage. Preserving Baudelaire's speech intact, the texts have remained untouched by the patina of time in their ten-year Bulgarian existence.

Charles Pierre Baudelaire was a 19th century French poet, translator, and literary and art critic. Known for his highly controversial, and often dark poetry, as well as his translation of the tales of Edgar Allan Poe, Baudelaire's life was filled with drama and strife, from financial disaster to being prosecuted for obscenity and blasphemy. The greatest French poet of the 19th century, Baudelaire was also the first truly modem poet, and his direct and indirect influence on the literature of our time has been immeasurable.

The Flowers of Evil is a collection of poetry by Baudelaire that was first published in 1857. It contains 53 poems which best represent his total work and which have been most successfully rendered into English.