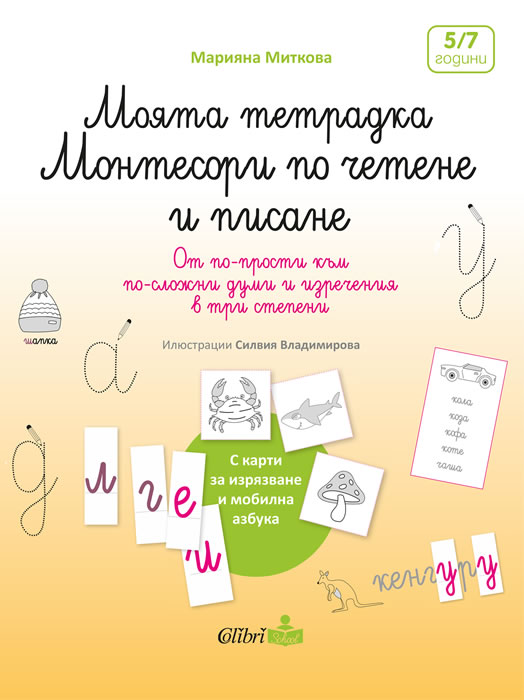 My Montessori Notebook for Reading and Writing is intended for children aged 5-7 who have already become acquainted with the letters and are beginning to learn to read and write. It is intended for first-graders, but also for younger children who have previously become acquainted with the letters of the Bulgarian alphabet. The child first hears the sound, then sees the letter to which it is connected, and finally finds it in specific words, with which he/she later forms sentences.

There are three types of difficulty exercises in the notebook.