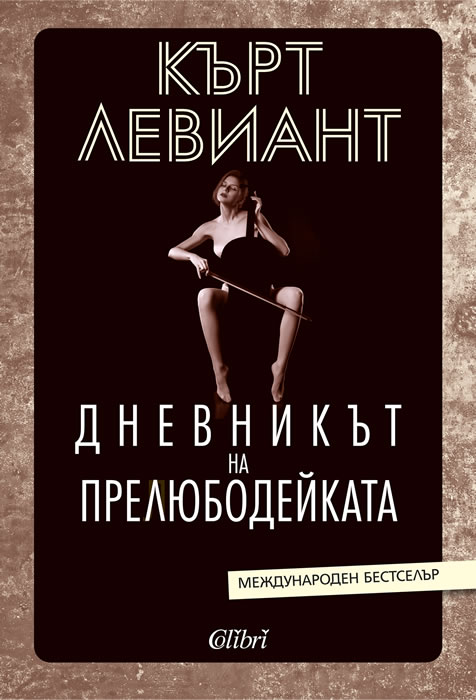 Diary of An Adulterous Woman

Two old friends reunite at their Jewish day school's reunion. Now in their early forties, Guido, a photographer and Charlie, a psychologist, become interested in the same married woman, the alluring Aviva, a cellist. Unbeknownst to Guido, Charlie takes Guido's mistress Aviva, as his client - and Aviva knows nothing about Charlie's link to Guido.

In this tale of love and lust, Curt Leviant narrates the ensuing triangular relationship from the point of view of all three characters. As complications escalate, the three protagonists cope with jealousy, the longing for stability, and the difficulty of keeping secrets. Colorful supporting characters swirl about the central trio in this accomplished and compulsively readable novel of love lost and found, of dead ends and fresh beginnings.

The novel includes an ABC directory that offers alphabetical tidbits, jokes, and surprises, which expand, clarify, and change events in the basic text.

Curt Leviant’s novels have been published in eight European languages, in Israel, and in South America. His novel, Diary of an Adulterous Woman, was a bestseller in Europe and was listed in France in 2008 as among the “Twenty Best Books of the Year” and also among the “Seven Best Novels of the Year”.

Of his ten novels, the most recent are the critically acclaimed King of Yiddish and Kafka’s Son. Critics have hailed the French translation of Kafka’s Son and called Leviant “a worthy heir to Kafka.” A Turkish version appeared in 2020.

Curt Leviant’s books have been praised by two Nobel Laureates, Saul Bellow and Elie Wiesel, and critics have compared his imaginative fiction to that of Tolstoy, Flaubert, Italo Calvino, Borges and Kafka. His comic novel, A Novel of Klass, was chosen as one of the “Ten Best Novels of the Year in the USA” by Chauncey Mabe, the book critic of Florida’s Sun-Sentinel.

Curt Leviant’s short stories have been included in Best American Short Stories and other major anthologies. For his fiction, he has won many national and international writing fellowships and awards.