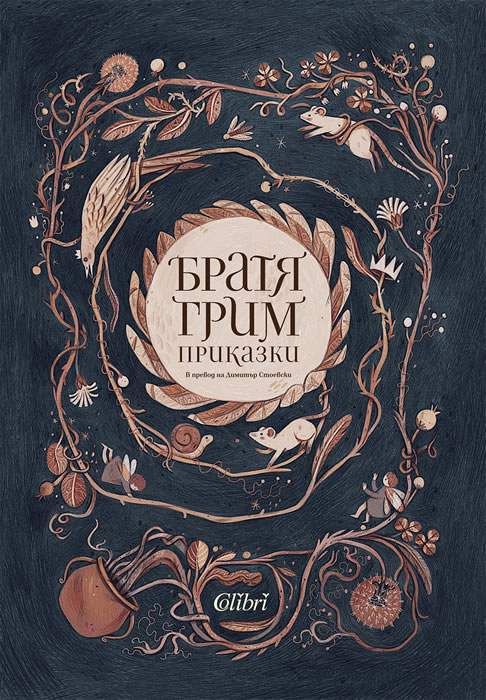 The volume includes the most famous tales of the Brothers Grimm, loved by generations of young readers, translated by the sweet-spoken narrator DIMITAR STOEVSKI (1902-1981).

To the pleasure of communicating with the fairy-tale characters is added the pleasure of contact with the rich and enchanting Bulgarian speech, written by one of the best connoisseurs and interpreters of German-language literature, who re-created many classical works that are an integral part of Bulgarian culture.

They studied at the prestigious high school Lyzeum in Kassel. When their grandfather died, they were left to themselves to support their family in the future. The two became intent on becoming the best students at Lyzeum, since they wanted to live up to their deceased father. They studied more than twelve hours a day and established similar work habits. They also shared the same bed and room at school. After four years of rigorous schooling, Jacob graduated head of his class in 1802. Wilhelm contracted asthma and scarlet fever, which delayed his graduation by one year although he was also head of his class. Both were given special dispensations for studying law at the University of Marburg. Jacob attended the university first and showed proof of his hard work ethic and quick intelligence. Wilhelm joined Jacob at the university, and Jacob drew the attention of Professor Friedrich Carl von Savigny, founder of its historical school of law. He became a huge personal and professional influence on the brothers.

Throughout their time at university, the brothers became quite close with Savigny and were able to use his personal library as they became very interested in German law, history, and folklore. The Grimms believed that the most natural and pure forms of culture were linguistic and based in history. The work of the Brothers Grimm influenced other collectors, both inspiring them to collect tales and leading them to similarly believe, in a spirit of romantic nationalism, that the fairy tales of a country were particularly representative of it, to the neglect of cross-cultural influence.

In 1812 Brothers Grimm published the collection of German fairy tales "Children's and Family Tales", and two years later a second volume, with which they wrote their names in the annals of world literature.

My First Larousse Book of the Whys
Larousse

A Button for Dreaming
Valeri Petrov