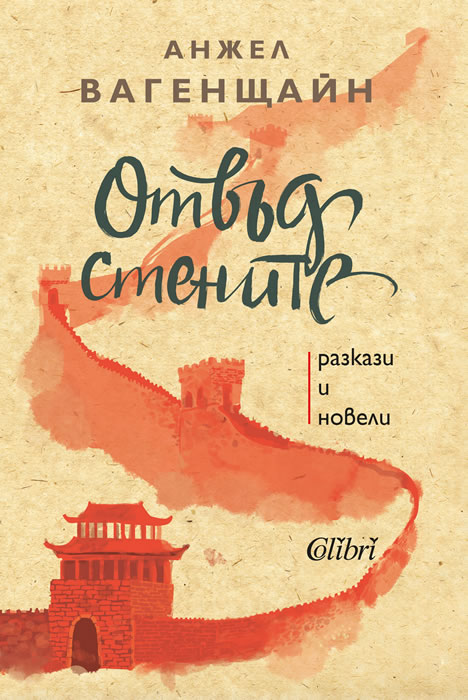 Among the increasing number of fiction works, Angel Wagenstein's works are a kind of "heavy artillery." They revive the impaired truth that prose, and the novel in particular, must cover the meaning that the French put into the original belles lettres (fine literature): to write and summarize human characters and dramas, ups and downs, to unravel and collect history and modernity, to exude wisdom and love of life, to purify, ennoble and elevate us.

Reaching a patriarchal (or, according to the Bible, Methuselah) age, Angel Wagenstein stubbornly refused to be calm and old-fashionedly decorous. Dynamic and restless in nature, he is like Figaro - here and there. And probably he, like the hero of Isaac Babel, dreams of the impossible international of good people.

Vladimir Yanev, from the book "I live with Plovdiv"

Angel Raymond Wagenstein (born October 17, 1922) is a Bulgarian film director and author. Wagenstein was born in Plovdiv, Bulgaria, but spent his childhood in France where his Sephardic Jewish family emigrated for political reasons due to their leftist politics.

Angel Wagenstein returned to Bulgaria due to an amnesty, and as a student at a lyceum, where he joined an anti-fascist group. For his acts of sabotage, he was arrested and condemned to death in 1944, and it was the invasion of the Soviet Red Army that saved him from execution.

After completing a degree in 1950 in film screenwriting at the S. A. Gerasimov All-Union State Institute for Cinematography in Moscow, he worked as a screenplay writer for the Bulgarian Cinematography Center and for the DEFA Film Studio (the former East Germany Cinematography Center). He is an author of over fifty screenplays for films, documentaries and cartoons. He became famous with his movies about Bulgarian Communists, especially guerrillas.

His film Stars, shot in 1959 by the German director Konrad Wolf, was awarded the Special Prize of the Jury at the Cannes Film Festival.

His fiction includes the triptych „Петокнижие Исааково” (Isaac's Torah), „Далеч от Толедо” (Far from Toledo) and „Сбогом, Шанхай” (Farewell, Shanghai), which have been published both separately and together not only in Bulgarian but also in French, German, Russian, English, Czech, Polish, Macedonian, Spanish, Italian and Hebrew. Far from Toledo was awarded in 2002 the Alberto Benveniste annual prize of the Sorbonne, while his novel Farewell Shanghai received the Jean Monnet Prize of European literature in 2004. The French government awarded Angel Wagenstein the high distinction of Chevalier of the French Order of Merit, and later Chevalier of Arts and Literature. He is also the bearer of the highest Bulgarian distinction – the Stara Planina Order. In 2009 he was made honorary citizen of the city of Plovdiv.