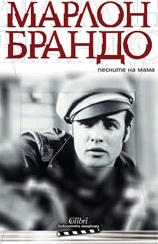 Songs My Mother Taught Me

When Marlon Brando, playing Terry Malloy in On the Waterfront, bemoaned the fact that he "coulda been somebody," audiences hung onto his words, but according to Brando, the role "was actor-proof, a scene that demonstrated how audiences often do much of the acting themselves in an effectively told story. Brando's evaluation of his acting and that of other celebrated actors, e.g., Olivier in Wuthering Heights, mark this rumination on his life. In his analysis of his films, from Streetcar to The Freshman, the master tries hard to demonstrate hubris and to provide public lessons. At the same time, he claims that luck, physical desires, and the need to make money motivate him. The book, which the publisher would not release in galleys, strikes the reader as a confession, an attempt to set the record straight, to circumvent "a carrion press that has an insatiable appetite for salaciousness and abhors being denied access to anyone, from pimps to presidents." Is it coincidence that Manso's unauthorized Brando and this book are being published a month apart? Whatever its raison d'être, Songs My Mother Taught Me has much to offer. First, it's beautifully illustrated, beginning before the text with 24 pages of photographs covering Brando's early life, continuing with a number of well-placed photos documenting various film shoots, and concluding with 32 pages of photographs near the end. Brando's account of his early years rings true as he records the frailties of his alcoholic parents. His anecdotes about work and play are entertaining and memorable, and he addresses the many social causes he has championed. It's an interesting, albeit incomplete, work: according to coauthor Lindsey, Brando promised to "hide nothing... except his marriages and his children." (So many marriages, so many children.) Readers of Manso can't come here to find Brando's side of his marital troubles or the perplexing murder of his daughter's husband at the hands of his son. But they will find insight into the life of a man who was definitely a contender.

Marlon Brando, Jr. (April 3, 1924 – July 1, 2004) was an Oscar-winning American actor who is widely regarded as one of the greatest film actors of the 20th century. He brought the techniques of either the Stanislavski System or method acting (commonly mistaken for the same acting technique) to prominence in the films A Streetcar Named Desire and On the Waterfront, both directed by Elia Kazan in the early 1950s. His acting style, combined with his public persona as an outsider uninterested in the Hollywood of the early 1950s, had a profound effect on a generation of actors that would come after him.

Brando was also an activist, lending his presence to many issues, including the American Indian Movement.

He was named the fourth Greatest Male Star of All Time by the American Film Institute.