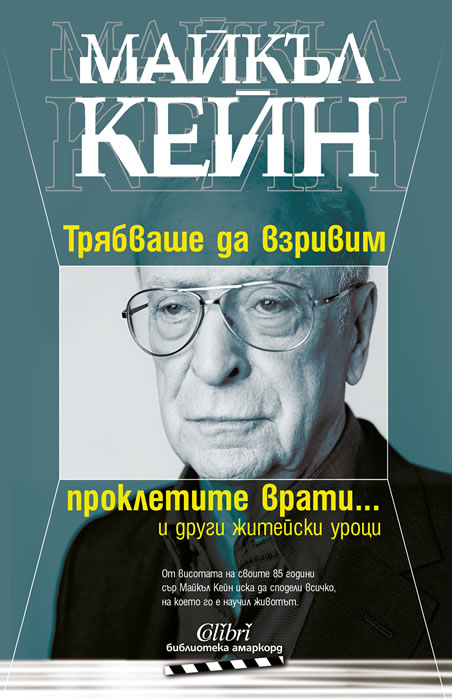 Blowing The Bloody Doors Off: And Other Lessons in Life

Now in his 85th year, Hollywood legend Michael Caine shares wisdom and stories from his remarkable career in this "engrossing" memoir that "shines with positive energy".

One of our best-loved actors, Michael Caine has starred in over 100 films in his six-decade career, spanning classic movies like Alfie, Zulu, and The Italian Job (the inspiration for the book title) to playing Alfred opposite Christian Bale's Batman in Christopher Nolan's blockbuster Dark Knight trilogy. Caine has excelled in every kind of role - with a skill that's made it look easy. Caine knows what success takes. He's made it to the pinnacle of his profession from humble origins. But as he says, "Small parts can lead to big things. And if you keep doing things right, the stars will align when you least expect it."

Still working and more beloved than ever, Caine now shares everything he's learned-and "his fans will be rewarded, as will anyone seeking an enjoyable, inspirational read" (Library Journal).

Sir Michael Caine, CBE was born Maurice Joseph Micklewaite near Elephant and Castle in South London. His first major starring roles, beginning in the 1960s, include 'Zulu,' 'The Ipcress File,' and 'Alfie.' He is a major Hollywood film star and two-time Academy Award winner with a career spanning over sixty years.