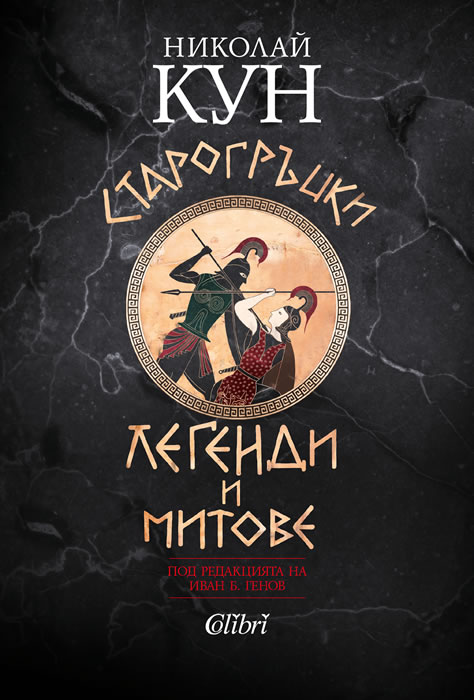 This book is the first complete collection of magically poetic and fascinating Greek myths and legends and has been translated into all major languages ​​around the world. Generations have grown up with it for a century, and its timeless themes and wonderful characters have inspired countless artists in Greco-Roman antiquity, the Renaissance, and today. In every major museum in the world we meet the ingenious works of sculptors and artists based on the lovely Greek stories.

The new edition of the classic "Greek Legends and Myths" by N. Kun, an integral part of the education of every European, has been updated and adapted to the scientifically accepted forms of the names of Greek gods and heroes. It is intended for a wide readership - from students who are just perceiving the world of beauty, to any adult who wants to have an encyclopedic guide to the magical world of Greek mythology, from the creation of the Earth and the fabulous birth of the Olympic gods, to the exploits of the heroic demigods, from the Trojan War to the shocking tragedy of King Oedipus.

Nikolay Albertovich Kun (21 May 1877 – 28 October 1940) was a Russian historian, writer, and educator. He is best known for his book Greek Myths and Legends, which was extremely popular with readers in the Soviet Union. First published in 1914, it has been republished many times since and translated into a number of European languages.

After graduating from Moscow University in 1903, he worked in a women's seminary in Tver, went to Germany in 1905 where he worked for one year in the Berlin University, then came back to Tver to give lectures on the history of culture in the Tver People's University. Since 1908 he taught history in Moscow high schools and lectured in several Moscow universities. He spent 1911 and 1912 in Rome making excursions to museums for Russian teachers and giving lectures on the arts of ancient Greece and Rome. In 1915 he was appointed professor of history at the Moscow City People's University, and professor of social science at the Moscow University in 1920. Since 1933 he was one of the editors of the Great Soviet Encyclopedia and the Small Soviet Encyclopedia.