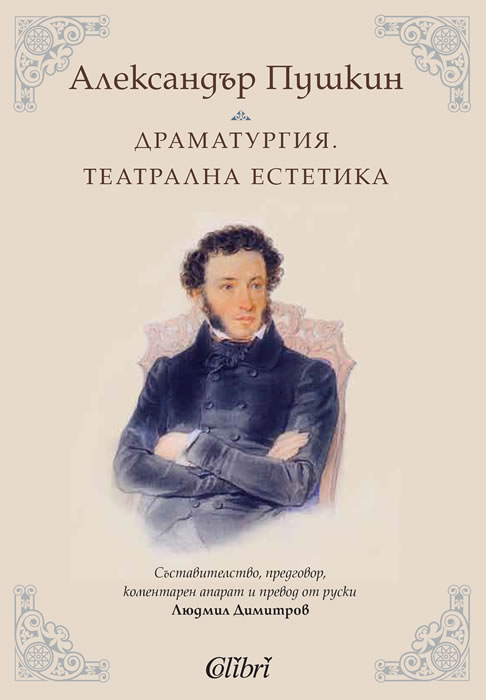 This book is published for the first time in Bulgarian. It contains all the texts of Alexander S. Pushkin (1799–1837) that have reached us, dedicated to drama and theater: his completed plays, his written scenes that dropped out, independent excerpts, plans, as well as articles, reflections, notes, letters.

The reader has the opportunity to get a right idea of ​​Pushkin's attitude to stage writing and to the performance as an event, which he defends (substantiates) with his polemical theoretical reasoning, more often disputing than trusting the established rules and norms, but with an undoubtedly original aesthetic approach.

The consistent reading of these works, presented in the order of their appearance, on the one hand, traces the author's maturation for the artistic and sociocultural essence of the drama, and on the other, exposes (illustrates) the creative process: how he as the most authoritative writer of his time fulfills the commitment to his native language and culture, constructing the semiotic code of the Russian national identity.