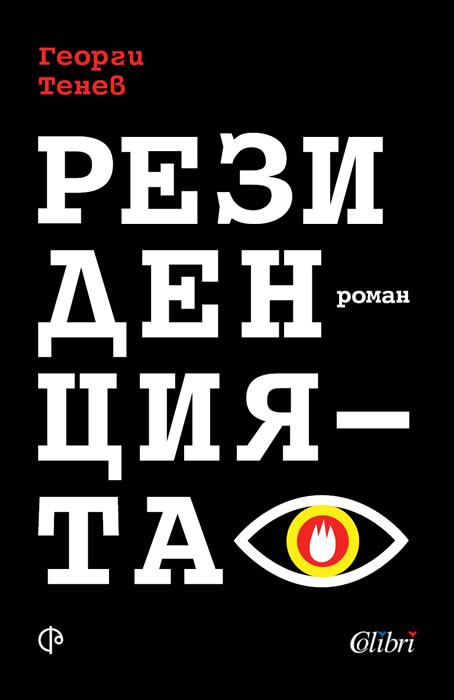 The first readers of this book admitted that it took away their sleep, leaving them awake until late for a few nights. The novel The Residence is a metaphor for our past and offers a bold vision for our future. It can't leave us indifferent.

"Georgi Tenev tells this story swiftly" - shares Elena Aleksieva - "tells it deeply, densely and inspiredly - with the mastery of a writer who knows how. And with the faith of a man who has something to say and is not afraid to say it in such a way that it is not just heard, but echoed.”

Rich in plot and frightening, the story takes us after the middle of the 21st century, in a country that has retained many features of ours, but with new outlines. The country is divided between the Mountain Republic and the Free Zone. In a world of prohibitions and repressions, only the mystical teaching Rila Lesson rules the minds and hearts of young people. The persecution and extermination of this sect is the task of a supreme procurator.

The novel is divided into three parts, through which the adventure of several young people, representatives of the authorities and the highest hierarchy of the so-called Third period and the State of order. The three parts have symbolic names: "The Procurator", "The Serum of Truth" and "Young Blood".

This is a book about the change of generations, about the battle between pragmatism and faith. "The Residence" involves a plot that is a search (and finding) of the hope that there is more to our society than chaos, greed and an instinct for self-preservation. The book is an adventure with a big bet - for or against human naivety; for or against the belief in something more than the visible, in something stronger than fear, the passion for power and obedience.

"A novel about the eternal and the current - about the ubiquitous social pathologies. A reading that will reward the reader with imagination and propensity for clear thinking.” Dr. Nikolay Mihailov