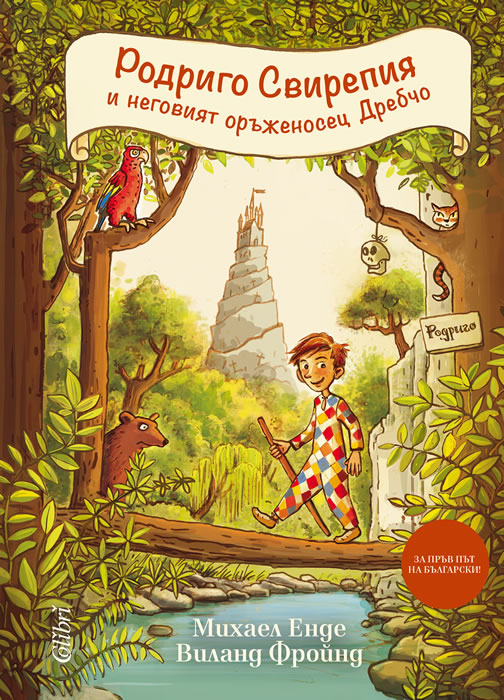 Knirps is convinced that there is a real knight-robber in him, so he definitely wants to study with the famous Rodrido Raubein. But before taking him as a weapon bearer, the robber decides to put him to the test. When Knirps stumbles upon Princess Flip's carriage, he sees a golden chance. Is there anything more dangerous than kidnapping a princess? However, the boy does not suspect that both the powerful magician Abrus Cadabrus and his dragon have cast an eye on the princess.

Categories
Children's and Young Adults6-9 years
About the Author

Michael Andreas Helmuth Ende (12 November 1929 - 28 August 1995) was a German writer of fantasy and children's fiction. He is best known for his epic fantasy The Neverending Story; other famous works include Momo and Jim Knopf und Lukas der Lokomotivführer (Jim Button and Luke the Engine Driver).

His works have been translated into more than 40 languages, sold more than 35 million copies, and adapted as motion pictures, stage plays, operas and audio books. Ende is one of the most popular and famous German authors of the 20th century, mostly due to the enormous success of his children's fiction. He was not strictly a children's writer, however, as he wrote books for adults too.

Ende's writing could be described as a surreal mixture of reality and fantasy.

A Thousand Wonders. A Journey to Discover Italy
Geronimo Stilton