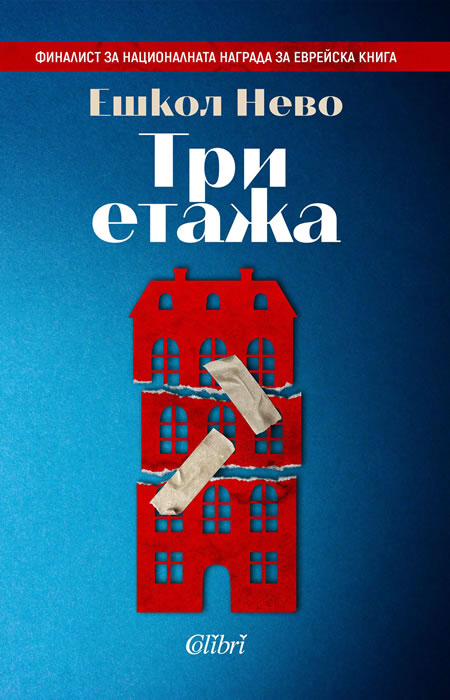 Set in an upper-middle-class Tel Aviv apartment building, this best-selling and warmly acclaimed Israeli novel examines the interconnected lives of its residents, whose turmoils, secrets, unreliable confessions, and problematic decisions reveal a society in the midst of an identity crisis.

On the first floor, Arnon, a tormented retired officer who fought in the First Intifada, confesses to an army friend with a troubled military past how his obsession about his young daughter's safety led him to lose control and put his marriage in peril. Above Arnon lives Hani, known as "the widow," whose husband travels the world for his lucrative job while she stays at home with their two children, increasingly isolated and unstable. When her brother-in-law suddenly appears at their door begging her to hide him from loan sharks and the police, she agrees in spite of the risk to her family, if only to bring some emotional excitement into her life. On the top floor lives a former judge, Devora. Eager to start a new life in her retirement, Devora joins a social movement, desperately tries to reconnect with her estranged son, and falls in love with a man who isn't what he seems.

A brilliant novelist, Eshkol Nevo vividly depicts how the grinding effects of social and political ills play out in the psyche of his flawed yet compelling characters, in often unexpected and explosive ways.

Eshkol Nevo was born in 1971 in Jerusalem. He is one of Israel’s most critically and commercially acclaimed writers and also co-runs the biggest creative writing school in that country. All of his books have been bestsellers in Israel, and his work has been translated into a dozen languages. His novels have sold over a million copies globally and won or been nominated for several literary prizes.

HOMESICK (2004) was awarded the Reimond Vallier Prize in France (2008), shortlisted for the Sapir Prize in Israel (2005), and longlisted for the Independent Foreign Fiction Prize in the UK.

WORLD CUP WISHES (2007) won the Golden Book Prize in Israel and was awarded the Adei-wizo Prize in Italy.

THREE FLOORS UP (2015) won Israel’s Platinum Book Prize, was chosen by readers in Tel Aviv to be the “Best Book of 2015", won the Wizo Prize in France, was a bestseller in Italy and described by the New York Times as "mesmerizing". It is also adapted for the big screen by Italian cult director Nani Moretti and will be screened at the 2021 Cannes Film Festival.

Nevo’s novel, THE LAST INTERVIEW, was published in 2018 and spent 30 weeks at the top of the Israeli bestseller lists. It was also a bestseller in Italy, voted one of the Best Books of the Year 2019 by the Corriere della sera, and is currently on the shortlist for the Lattes Grinzano Prize. In France, THE LAST INTERVIEW has been nominated for this year’s Prix Femina étranger.

Nevo's most recent work, Vocabolario dei Desideri (The Vocabulary of Desires) is based on his popular weekly column in Vanity Fair Italy. It is the result of a collaboration with Italian artist Pax Paloscia, and was published in Italy in June 2020.

Eshkol Nevo lives in Raanana, Israel, with his wife and his three daughters.