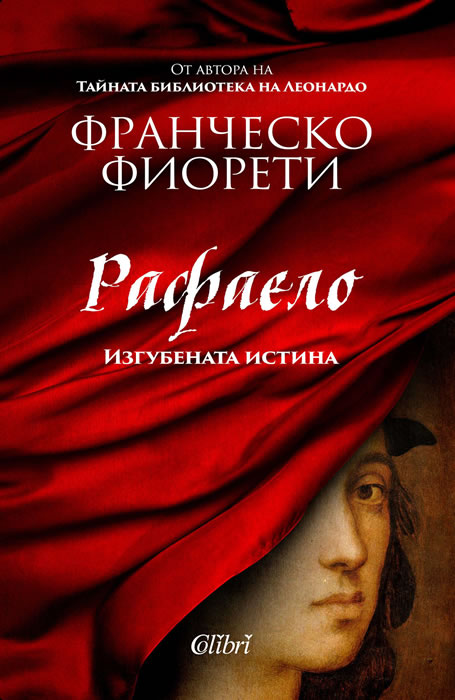 Francesco Fioretti offers a unique portrait of Raffaello. Not only as sophisticated and acclaimed master, but also as the victim of the same power, which made him one of the greatest figures of the renaissance.

Rome, 1519. It took him years of efforts and compromises, but now Raffaello, from Urbino is for all of us a master, The Master in reality, once Michelangelo and Leonardo left. Then, the Eternal City proves to be worse than a snake nest where beyond ostentatious smiles there is envy and hostility.

By the time Pope Leone X appoints him with the role of superintendent to the Roman archaeology, things get even worse. Rome hides innumerable and precious treasures, which belong to the papacy, but many of these are located on the lands of the most influent noble families that would never renounce to benefit from their position. To emerge from this situation where he is struggling between the power of a foreign pope and the families he ingratiates, Raffaello decides to draw a map of the Imperial Rome. The transience of the individual houses’ interests is, in time, undermined by an imperishable object. Then, few months later, Raffaello, the noble banker Chigi and the cardinal Bibbiena, his loyal friends and important patrons die in mysterious circumstances.

A disordered life and wrong love affairs, according to the official version, but for Pietro Aretino, illustrious poet and friend, and for Margherita, the Fornarina, unforgettable muse and Master’s mistress, the deaths are work of the same murdering hand. And for discovering it they will have to go through a net of envies and resentments, ancient mysteries and secret deals between the most unimaginable allies. With his refined style of writing and an extraordinary knowledge of the Italian Renaissance, Fioretti leads us into the still unsolved mystery of the death of the genius Raphael.

“You have portrayed me many times as Madonna or courtesan: I am Maria with the child between the arms of the large canvas which you have sent to Piacenza, the Virgin that between Saint Sisto and Saint Barbara, walks delicately on a carpet of shading fumes beyond her, a chorus of clouds which are white heads of angelic cherubs”.

The Italian writer Francesco Fioretti studied Literature in Florence. He has published critical essays and scholastic anthologies. His debut novel Dante's Secret Manuscript (2011) has been on the top of the literary charts - 700,000 copies have been sold in Italy and the copyrights have been bought in 7 countries.