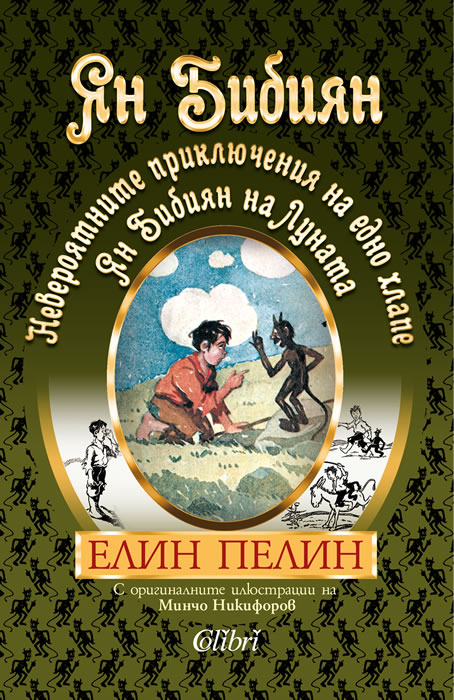 Yan Bibiyan on the Moon. The Amazing Adventures of a Kid

"Whoever you are, dear reader," writes Elin Pelin, "from this book you will learn how Yan Bibiyan teamed up with the little devil Fut, how he replaced his head with a clay one, how he then entered the magical realm of the Great Wizard Mirilailai, and how after a series of wonderful and brave adventures he was saved. His sufferings and his struggle to free himself from evil ennobled his soul, hardened his will, made him brave and enterprising. Thus, he ascended to the moon and was able to achieve the dream that has driven uncompromising scientists with wild imagination for centuries."

Dimitar Ivanov Stoyanov is the real name of the Bulgarian poet and writer Elin Pelin. He was born in the village of Baylovo in 1877.

The themes of all his works are the Bulgarian village, the way of life and the customs of the Bulgarians. He grew up with many books carried by his father, among which were works by Botev, Vazov and Peter Beron. He studied in Sofia, Zlatitsa, Panagyurishte and Sliven, but never graduated from high school. He works as a teacher in his native village.

Elin Pelin started writing while still a student. His first works were published in the magazine "Voinishka sbirka" and in the student magazine "Izvor". In his last creative years he wrote mostly short stories and novels for children.

He died on December 3, 1949 in Sofia. His works for children are filled with cheerful humor and zest for life.

To Put It Mildly
Valeri Petrov