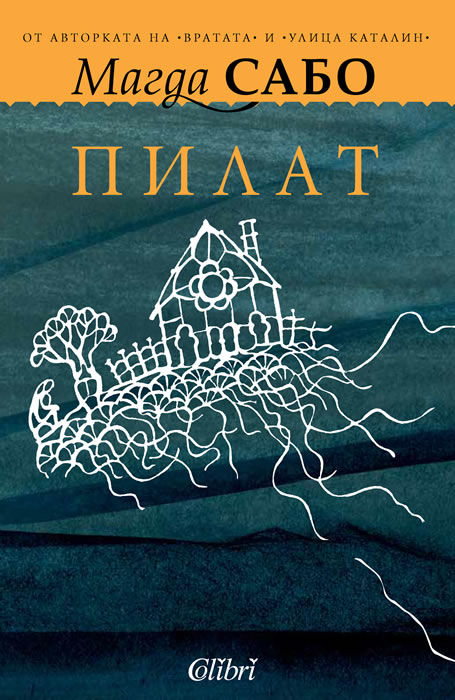 Madga Szabó was one of Hungary's pre-eminent novelists, suppressed during the Stalinist years, but hugely popular once the stranglehold of Socialist Realism had been relaxed in the late 1950s.

Szabó is best known in translation for her 1987 novel The Door, which has now been followed with this, originally published in 1963 under the title Pilátus. It is a slow, circling, rather opaque book that starts with one death, and ends with another. It treats four main characters: elderly husband and wife Vince and Ettie, their grown-up daughter Iza, and Iza's ex-husband Artal. Though its narrative covers just a few months in their lives, it manages, in its slow revolutions about their four poles, to reveal secrets about who each of them is, secrets that for the most part remain unknown to the others.

It is a book of gaps and silences, but the strangest silence of all is in what can be said about the realities of life under the threat of censorship – even when the reality being spoken of is not a Communist one. So we have Vince's hiding of a local Jew in his cellar during the German occupation; his earlier loss of his job as a judge for refusing to convict a quartet of peasants; and Iza, as a student during the Second World War, smuggling grenades in her briefcase: all these events are passed quickly over, without explanation. The history of Hungary in the 20th century looms large, but you feel that Szabó's native readers would have gleaned volumes from her silences and movings-on. What we get today is still something rather impressive: a meditation not on grief as such, but on carrying on, a teasing out of the adage about teaching old dogs new tricks.

When Vince dies from cancer, Ettie expects nothing more from life than a solitary decline of her own, so she is delighted when Iza insists on uprooting her from the rural family home and installing her in her own apartment in Budapest. But soon Ettie is reduced to spending her days travelling the city's trams, happy when she is able to return home. The tightness with which the characters observe each other make this a slightly claustrophobic read, but it certainly holds you once it has its claws in you.

She began her writing career as a poet, publishing her first book Bárány ("Lamb") in 1947, which was followed by Vissza az emberig ("Back to the Human") in 1949. In 1949 she was awarded the Baumgarten Prize, which was for political reasons withdrawn from her on the very day it was given. She was dismissed from the Ministry in the same year.

During the establishment of Stalinist rule from 1949 to 1956, the government did not allow her works to be published. Since her unemployed husband was also stigmatized by the communist regime, she was forced to teach in an elementary school during this period.

Her first novel, Freskó ("Fresco"), written in these years was published in 1958 and achieved overwhelming success among readers. Her most widely read novel, Abigél ("Abigail", 1970), is an adventure story about a schoolgirl boarding in eastern Hungary during the war.

She received several prizes in Hungary, and her works have been published in 42 countries. In 2003, she was the winner of the French literary prize Prix Femina Étranger for the best foreign novel.

Her novel Abigél was popularized through a much-loved television series in 1978. Abigél was also chosen as the sixth most popular novel at the Hungarian version of Big Read. Her three other novels that were in the top 100 are Für Elise, An Old-Fashioned Story, and The Door.