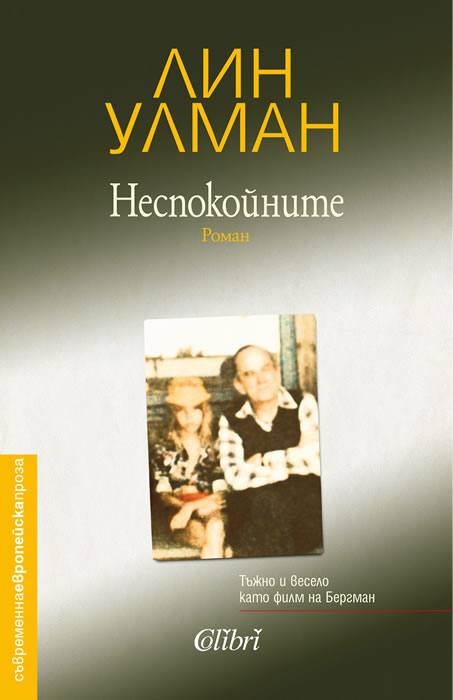 Praised across Scandinavia as a "literary masterpiece," "spellbinding," and "magnificent," Unquiet reflects on six taped conversations the author had with her father at the very end of his life.

He is a renowned Swedish filmmaker and has a plan for everything. She is his daughter, the youngest of nine children. Every summer, since she was a little girl, she visits him at his beloved stony house surrounded by woods, poppies, and the Baltic sea. Now that she’s grown up and he’s in his late eighties, he envisions a book about old age. He worries that he’s losing his language, his memory, his mind. Growing old is hard work, he says. They will write it together. She will ask the questions. He will answer them.

When she finally comes to the island, bringing her tape recorder with her, old age has caught up with him in ways neither could have foreseen. Unquiet follows the narrator as she unearths these taped conversations seven years later. Swept into memory, she reimagines the story of a father, a mother, and a girl - a child who can’t wait to grow up and parents who would rather be children.

A heartbreaking and darkly funny depiction of the intricacies of family, Unquiet is an elegy of memory and loss, identity and art, growing up and growing old. Linn Ullmann nimbly blends memoir and fiction in her most inventive novel yet, weaving a luminous meditation on language, mourning, and the many narratives that make up a life.

Linn Ullmann is the daughter of actress, author and director Liv Ullmann and director and screenwriter Ingmar Bergman. She is a graduate of New York University, where she studied English literature. She returned to Norway in 1990 to pursue a career in journalism.

Her first novel Before You Sleep was published in 1998. Her second novel, Stella Descending (2001) received glowing reviews. Her third novel Grace was published in 2002 and won the prominent literary award “The reader’s prize” in Norway and was named one of the ten best novels of that year by the prestigious Danish newspaper Weekendavisen. In 2007, Grace was longlisted for the Independent Foreign Fiction Prize in the UK. That same year, Ullmann was awarded the prestigeous Norwegian Amalie Skram prize.

Her fourth novel, A Blessed Child, was published in the fall of 2005, and was shortlisted for the Brage Price, one of Norway's most prestigious literary awards. Currently she is currently working as a journalist and a regular columnist in Norway’s leading newspaper Aftenposten.