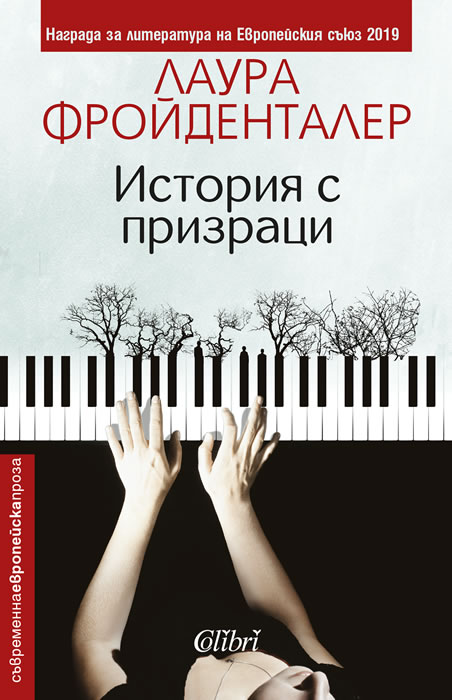 What if a void suddenly opened up in your life? This is the question Laura Freudenthaler pursues in her second novel Ghost Story.

In her gap year, that she meant to spend playing piano and writing textbooks, Anne is thrown off track. One by one she abandons her habits and hobbies. By day she roams the streets, by night she writes her observations into a notebook. Her flat, where she has been living with Thomas for 20 years, feels increasingly uncomfortable, not least because Thomas seems to be less and less present there. She had suspected all along that he might be cheating on her. And now the girl, as Anne calls his mistress, appears as fleeting, whispering ghost. There are noises and apparitions now which are getting harder and harder for Anne to identify.

In this story of jealousy and passion almost resembling a musical score we follow Anne deeper and deeper into a world of mirror images and false bottoms where the lines between reality and delusion are slowly blurring.

Laura Freudenthaler, born 1984 in Salzburg. She studied German language and literature studies, Philosophy and Gender Studies. She lives in Vienna. Her stories Der Schädel der Madeleine were published in 2014. For her novel Die Königin schweigt she was awarded the Förderpreis zum Bremer Literaturpreis 2018 and the novel was recommended as best German debut at the Festival du Premier Roman 2018 in Chambéry. In 2019 her second novel was published, Geistergeschichte. It was awarded the European Union Prize for Literature.