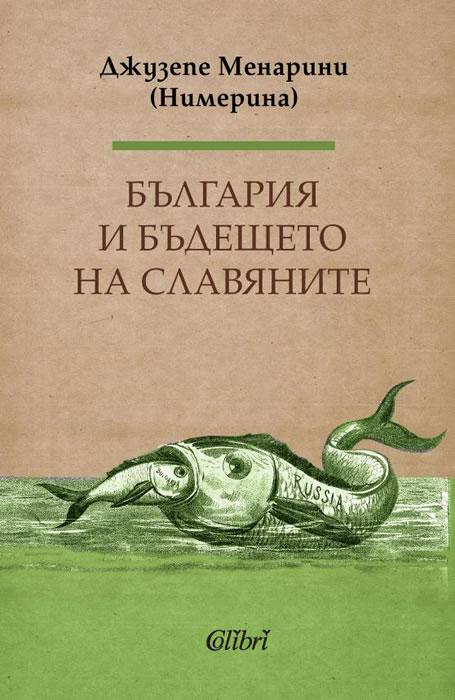 Bulgaria and the Future of the Slavs

Intrigued by the ideas of Panslavism, Giuseppe Menarini wrote a richly supported factual commentary on the turbulent and romantic historical situation in the Balkans in the years around the Unification, in which Bulgaria was the main actor. The then 30-year-old author passionately described the military strategies of the Serbo-Bulgarian War, the personality of Alexander of Battenberg, the behavior of Russia and the other Great Powers. Is the aspiration of the Bulgarians for the unification of the Principality of Bulgaria and Eastern Rumelia natural and expected? How do Western European observers view the way the brave people are waging their geopolitical battle? Does Bulgaria have the potential for leadership among the southern Slavs?

This edition includes the unknown in our country caricature from 1886 entitled "The Eternal Bulgarian Question".

Giuseppe Menarini (Nimerina) is a writer and military man, born in 1862 in Budrio (Bologna). At the age of 24 he published in a collection the songs of the legendary corps of the Bersalers, which he joined during the First Italo-Abyssinian War. As an aide to General Dabormida's brigade, he authored one of the most important descriptions of the dramatic battle of Adwa (Eritrea) on March 1, 1896, published a year later in Naples. Demonstrating military bravery during the war, in 1922 Major Giuseppe Menarini was awarded the title of Knight of the Military Order of Italy. For the rest of his life he told fairy tales on military subjects and participated in the celebrations of the Bersalers. Descendant of a brave patriotic family, in his youth he collected and published brief historical information about his native place. "Bulgaria and the Future of the Slavs" (1892) is one of his earliest publications, a testament to the lively interest and rich awareness of the topic, as well as to mature analytical talent.

The Art of Criticism
Henry James