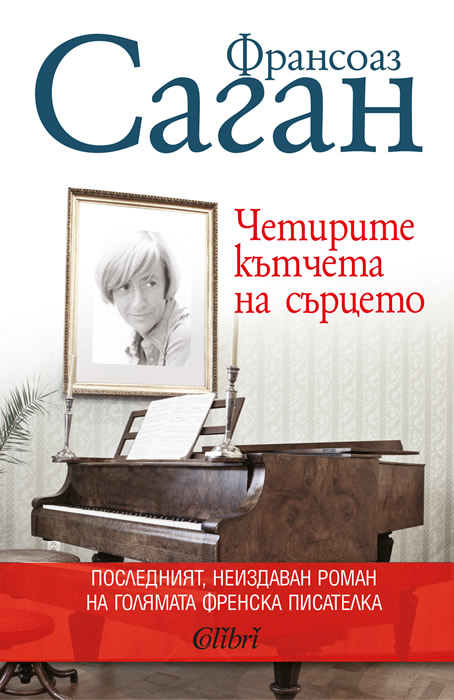 Four Corners of the Heart

"Four Corners of the Heart", an unfinished 200-page story by the author of "Bonjour Tristesse" – which caused a sensation with its portrayal of the empty lives of the idle rich – was found by her son Denis Westhoff after her death in 2004.

Like her debut novel, which Sagan wrote at 17, the latest release is a laconic dissection of the lives of the haute bourgeoisie. It is centred on an unusual love triangle involving Ludovic Cresson, a businessman who made his fortune in vegetable production. But, like Sagan, he has a serious car accident, and then becomes amorously entangled with his mother-in-law.

Françoise Sagan (born Françoise Quoirez; 21 June 1935 – 24 September 2004) was a French playwright, novelist, and screenwriter. She authored twenty novels, six of which were published in Bulgarian. Sagan was known for works with strong romantic themes involving wealthy and disillusioned bourgeois characters. Her best-known novel was her first – Bonjour Tristesse (1954) – which was written when she was a teenager.