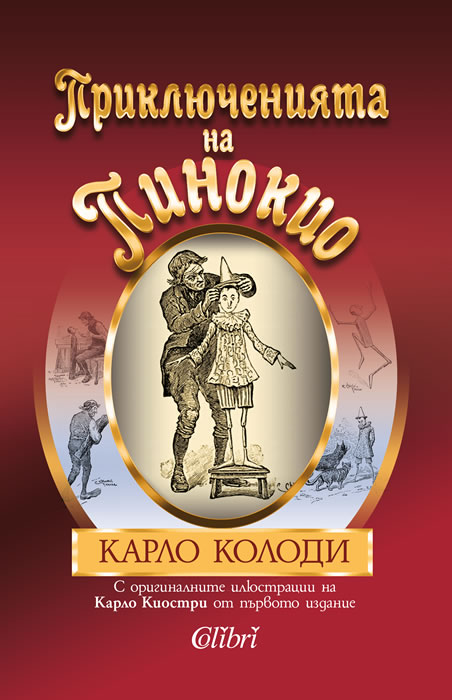 The Adventures of Pinocchio

A classic tale of mischance and mischief based on the original adventures.

A naughty wooden puppet gets into trouble, disobeys his father, forgets his pomises, and skips through life looking for fun. Just like a "real boy." Until he learns that to become truly real, he must open his heart and think of others.

Carlo Lorenzini (24 November 1826 – 26 October 1890), better known by the pen name Carlo Collodi, was an Italian author, humorist and journalist, widely known for his fairy tale novel The Adventures of Pinocchio.

There are a number of screen adaptations of the story and endless amount of sequels, even a fascist Pinocchio, in which the wooden puppet fight communism, and a Soviet Pinocchio, renamed as Buratino. Tolstoy's version is not so much of acquiring individuality as becoming a useful member of society. Giulio Antamoro made a silent film version in 1911. Roberto Benigni's Pinocchio (2002) was cut for the American audience. Luigi Comencini's film version from 1972, starring Gina Lollobrigina, was more faithful to the somber original story than Walt Disney's animated movie, produced in 1940.

My Montessori Notebook in English

The Diary of a Damned Girl, Vol. 2