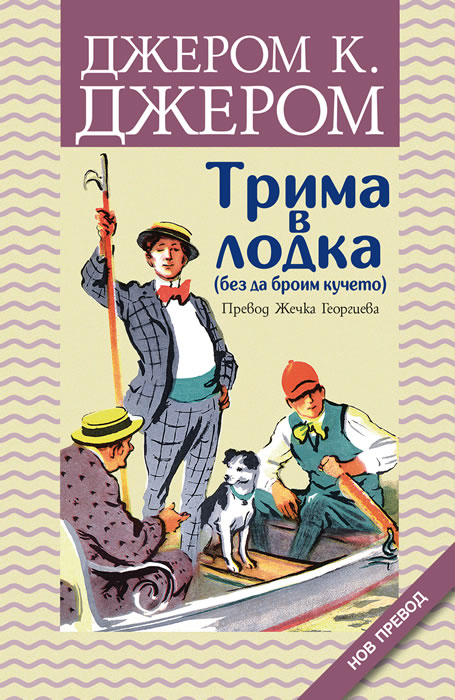 Three Men in a Boat

A comic masterpiece that has never been out of print since it was first published in 1889. Martyrs to hypochondria and general seediness, J. and his friends George and Harris decide that a jaunt up the Thames would suit them to a 'T'. But when they set off, they can hardly predict the troubles that lie ahead with tow-ropes, unreliable weather forecasts and tins of pineapple chunks - not to mention the devastation left in the wake of J.'s small fox-terrier Montmorency.

Three Men in a Boat was an instant success when it appeared in 1889, and, with its benign escapism, authorial discursions and wonderful evocation of the late-Victorian 'clerking classes', it hilariously captured the spirit of its age.

In 1927, one year after writing his autobiography My life and Times, he was made a Freeman of the Borough of Walsall. He died later the same year and is buried in Ewelme in Oxfordshire. Though a relaxed, urbane man, Jerome was a relentless explorer of new ideas and experiences. He travelled widely throughout Europe, was a pioneer of skiing in the Alps and visited Russia and America several times.

He was a prolific writer whose work has been translated into many foreign languages, but as Jerome himself said: “It is as the author of Three Men in a Boat that the public persists in remembering me.”