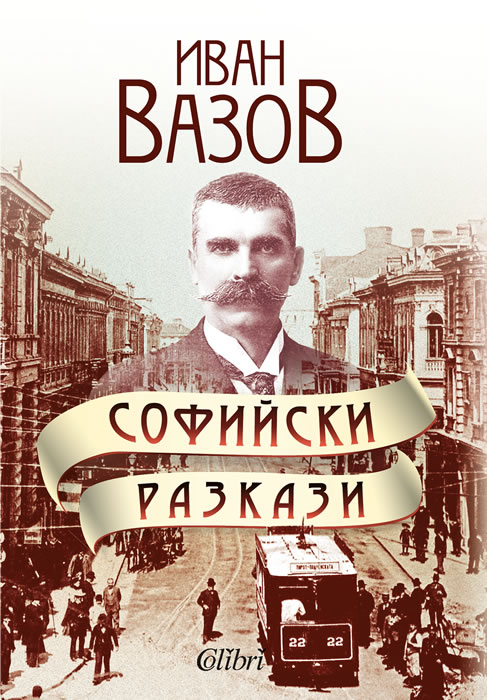 IVAN VAZOV (1850–1921) settled in Sofia in the spring of 1889. Here he devoted himself to active social and literary activity; only six years later he was officially celebrated as a People's Poet. In the period 1890–1905, Vazov intensively wrote short stories, collected in five successive collections: "Drawings and Patterns" (two volumes), "Seen and Heard", "Colorful World", "Morning in Bankya". Actually, among them there is no separate group of stories called by the author himself "Sofia stories", but a significant part of the works are on Sofia themes. They reflect the immediate impressions of Vazov, who loved walking in the streets and surroundings of Sofia, sometimes with the conscious intention to observe the behavior and manners of the new citizens of Sofia.

The collection includes thirty stories. Arranged chronologically, they represent a true chronicle of the events in the Bulgarian capital from the end of the XIX - beginning of the XX century.

Categories
Classics
About the Author

Ivan Vazov (1850–1921) is a renowned Bulgarian poet, writer and playwright. He was born in Sopot in the family of a wealthy merchant. In 1876 his first collection of poems "Priaporetz and Gusla" was published, followed by "The Sorrows of Bulgaria" (1877), "Deliverance" (1878), the poetic cycle "Epic of the Forgotten" (1881-1884), "Under the Thunder of Victory" (1914), “He Will Not Perish (1919) and others. His establishment as a fiction writer, beginning with the memoir "Recently" (1881), is marked by five collections of short stories, several short novels, including "Outcasts" (1883) and "Uncles" (1885), and the novels "Under the Yoke" (1894, the first Bulgarian novel) and "New Country" (1896). Vazov creates patterns in all literary genres and outlines the genre boundaries in our new literature.

Until the end of his days he remained faithful to the patriotic and civic themes, he was called the Patriarch of Bulgarian literature and was recognized as a People's Poet.