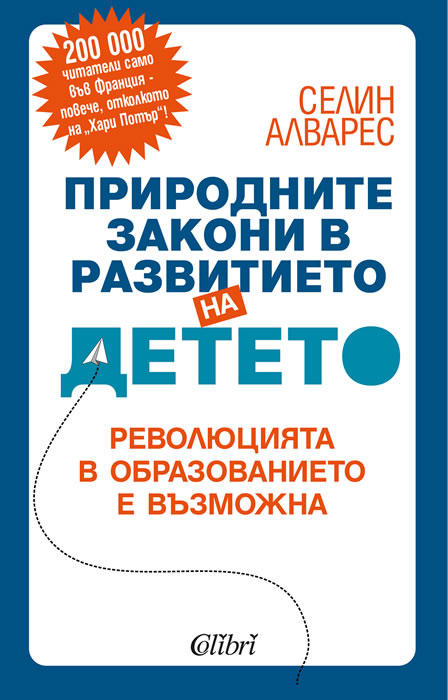 The Natural Laws of Children

All children are born wired to learn and to love. As young children explore the world and interact with others, their brains can naturally develop in incredible ways. And yet, despite our best intentions, early education often fails to fully encourage this natural learning and empathy. The Natural Laws of Children draws on current research in childhood development to share powerful insights on how to enhance learning for all kids, regardless of income or access to resources.

This book tells the story of Céline Alvarez’s pioneering work in early childhood education. Over three years in a low-income school, Alvarez’s students achieved exceptional results in math and reading, as well as outstanding social and emotional skills. The Natural Laws of Children shares, in a clear and accessible way, the main scientific principles that underpin human learning to revolutionize early childhood education by supporting strong human connections, spontaneous free play, and more.

Céline Alvarez is a researcher whose book The Natural Laws of Children (Les lois naturelles de l’enfant) has been a bestseller in France and throughout Europe. Her website has received nearly two million visitors, and her practices are being applied by teachers and parents around the world.

Céline Alvarez, a linguist by training, set out to test the effectiveness of a scientific approach to education, i.e. an approach based on the natural laws of child development. In 2009, she took the public examination to become a state school teacher and, having passed, she sought a meeting with an adviser at the Ministry of Education, which she was granted. She was also granted the conditions which she asked for: a school in a disadvantaged neighbourhood, a mixed-age class, rigorous annual tests to measure pupil progress, and carte blanche to teach how she wished in the classroom. The experiment took place between 2011 and 2014 in Gennevilliers, a northern suburb of Paris which the French government has designated as a zone of falling education standards and violence in schools.

In order to carry out her experiment, Céline Alvarez drew on and developed the work of Dr Maria Montessori, who had first paved the way for a scientific approach of this kind back in 1907. She fleshed it out with the latest scientific findings, in particular in cognitive behavioural psychology, in cognitive, affective and social neuroscience and in French linguistics.

I Tried Everything!
Isabelle Filliozat