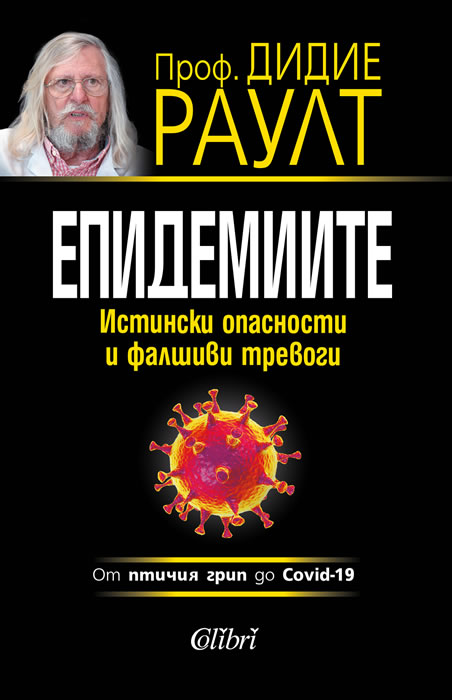 For several weeks, the world has been living in horror with the Coronavirus disease COVID-19. The anxiety caused by this unknown pathogen is not surprising. Yet, despite the media forecasts, is this virus such a great danger? Professor Didier Raoult tries to answer this question in his new book, Epidemics. Real dangers and False Alarms. It is to be released in May in France and is now available in electronic version. In it, the scientist reviews several epidemics of recent times that have aroused centuries-old fears: from the Mad Cow, through the Bird Flu, the H1N1 flu epidemic, SARS coronavirus, MERS coronavirus, Ebola, Anthrax, Chickenpox, Chikungunya, Zika, to this day Chinese coronavirus.

Categories
Free TimeHealth
About the Author

Didier Raoult (born March 13, 1952 in Dakar, Senegal in French West Africa) is a French physician and microbiologist. He holds M.D. and Ph.D. degrees and specializes in infectious diseases.

In 1984, Raoult created the Rickettsia Unit at Aix-Marseille University (AMU). He also teaches infectious diseases in the Faculty of Medicine of Aix-Marseille University, and since 1982 has supervised many M.D. and Ph.D. degrees. Since 2008, Raoult has been the director of the Unité de Recherche sur les Maladies Infectieuses et Tropicales Emergentes (Research Unit in Infectious and Tropical Emergent Diseases), collaborating with CNRS (National Center for the Scientific Research), IRD (Research for the Development Institute), INSERM (National Institute of Health and Medical Research) and the Aix Marseille University, in Marseille. His laboratory employs more than 200 people, including 86 researchers who publish between 250 and 350 papers per year and have produced more than 50 patents.

On 17 March 2020, Raoult announced that a trial involving 36 patients from the south east of France supported the claim that Hydroxychloroquine and Azithromycin were effective in treating for COVID-19. The French Health Minister, Olivier Véran, was reported as announcing that "new tests will now go ahead in order to evaluate the results by Professor Raoult, in an attempt to independently replicate the trials and ensure the findings are scientifically robust enough, before any possible decision might be made to roll any treatment out to the wider public".

Chloroquine therapy provoked strong resistance and divided the scientific community in France into two camps - for and against Professor Raoult. Rather, the conflict seems to be Franco-French, with the interests of big pharmaceutical companies behind it.

Heart: The Inside Story of our Body's Most Heroic Organ
Johannes Hinrich von Borstel

Your Health Is In Your Hands
Dr. Frederic Saldmann

We are our Brains: From the Womb to Alzheimer's
Dick Swaab

The Secrets of People Who Never Get Sick
Gene Stone