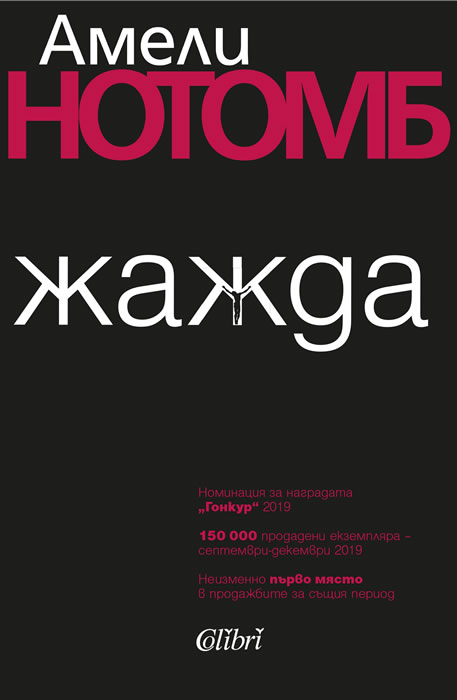 According to one legend, Jesus' last words on the cross were "I'm thirsty." They are chosen by Amelie Nothomb to tell us what the Savior felt several hours before and after the crucifixion in a brief but meaningful philosophical novel - bold, ironic, theomachistic and compassionate, disputed and praised by critics and readers. Thirst, love, and death are the three great characteristics of the incarnate God and Amelie destroys them as she can, with great imagination and without standing on ceremony. "The beginning of love, it's always two people drinking," she says, not specifying the drink. It's probably her favorite champagne?