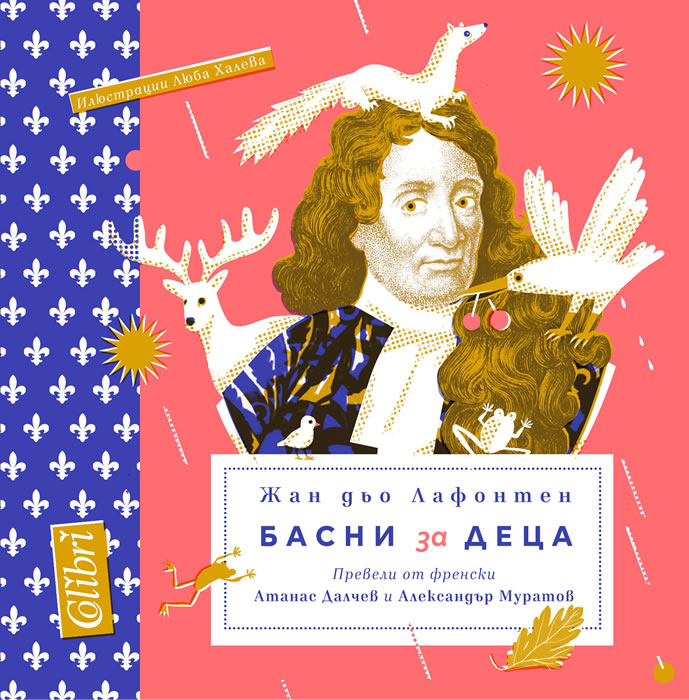 This volume includes famous fables for children written by La Fontaine and translated into Bulgarian by Atanas Dalchev and Alexander Muratov. For more than three centuries, children and adults all over the world have been drawing lessons and wisdom from the fabulous characters. And when a poetic pen touches this magical world, the magic becomes double.

The fables were inspired by the Aesop fables, but written at the time of King Louis XIV to discretely make fun of the king's court. Most French children know the most famous of these fables by heart.

Categories
Children's and Young Adults
About the Author

Jean de La Fontaine (July 8, 1621 – April 13, 1695) was the most famous French fabulist and one of the most widely read French poets of the 17th century. According to Flaubert, he was the only French poet to understand and master the texture of the French language before Hugo.

The first collection of 124 Fables Choisies had appeared March 31, 1668, wisely dedicated to "Monseigneur" Louis, le Grand Dauphin, the six-year-old son of Louis XIV of France and his Queen consort Maria Theresa of Spain. In this first issue, comprising what are now called the first six books, La Fontaine adhered to the path of his predecessors with some closeness; but in the later collections he allowed himself far more liberty, and it is in these parts that his genius is most fully manifested.

The boldness of the politics is as much to be considered as the ingenuity of the moralizing, as the intimate knowledge of human nature displayed in the substance of the narratives, or as the artistic mastery shown in their form. It has sometimes been objected that the view of human character which La Fontaine expresses is unduly dark, and resembles too much that of La Rochefoucauld, for whom the poet certainly had a profound admiration. It may only be said that satire (and La Fontaine is eminently a satirist) necessarily concerns itself with the darker rather than with the lighter shades.

My Notebook Montessori - I Discover the Numbers