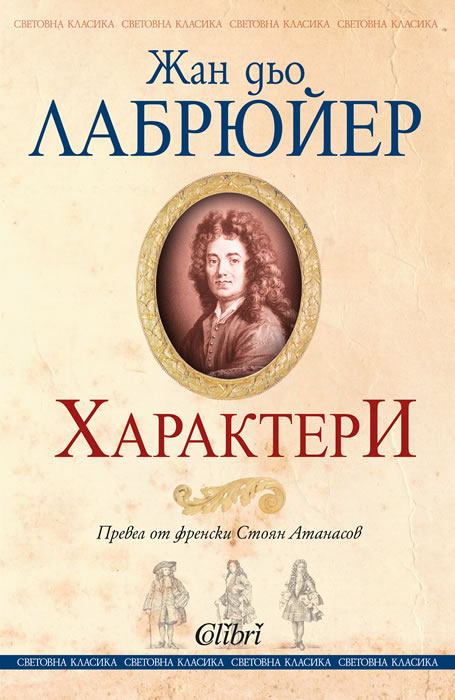 "It is a common practice for translators to state to the public that the author they are going to introduce, and whom they sometimes traduce, is one of the greatest men of the age, and that already for a long time a general desire has been felt to make the acquaintance of such a master-mind. It would be an insult to French scholars to speak thus of La Bruyère, for the merits of his “Characters” are known; but, for the benefit of those who are not so well acquainted with our author, I may state that he is neither so terse, epigrammatic, sublime, nor profound as either Pascal or La Rochefoucauld are, but that he is infinitely more readable, as he is always trying to please his readers, and now and then sacrifices even a certain depth of thought to attain his object."

Jean de La Bruyere was a French author, philosopher and moralist, most famous for his work Characters, a collection of character portraits illustrating the notable people of de La Bruyere’s time.

He was born in Paris, in today's Essonne département, in 1645. His family was middle class, and his reference to a certain "Geoffroy de La Bruyère", a crusader, is only a satirical illustration of a method of self-ennoblement then common in France, as in some other countries. Indeed, he always signed his surname as Delabruyère in one word, as evidence of this disdain.