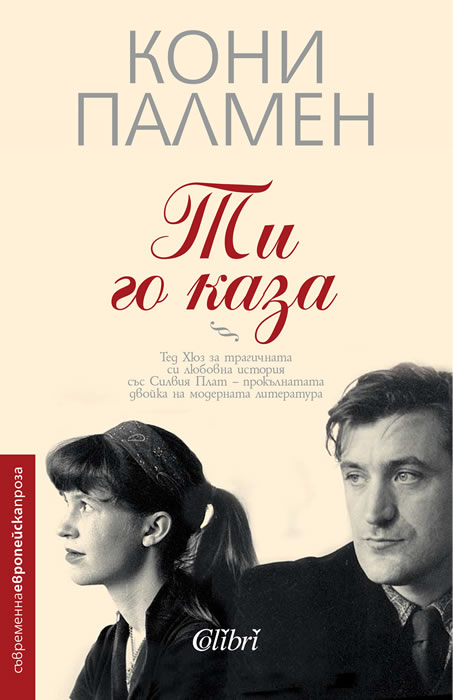 After Ted Hughes left her for another woman, Sylvia Plath killed herself. She became a martyr and a saint; he was branded a murderer and a monster. Hughes did little to dispel this version of events. In this novel, written as a dramatic monologue worthy of a poet laureate, Connie Palmen gives Hughes a voice to tell his side of the story. This is not Palmen’s first examination of the troubling relationship between the public perception of celebrated figures and the true story that lies beneath. Her sixth novel, You Said It is based on fact and results in a convincing portrait of a young couple, their all-consuming love for one another, their struggles as poets, their creative bond and their neuroses.

A vast amount has been written about Plath, while far less has been published on Hughes. Beyond literary circles he is often reduced to the role of ‘the husband’. He maintained his self-imposed silence about Plath’s suicide until shortly before his death in 1998 with the publication of Birthday Letters. Palmen’s novel is set around that time and seeks to bring Hughes out of the shadow cast by his wife’s death, perhaps even to emancipate him. The name Sylvia rarely appears in You Said It; Hughes as narrator consistently refers to her as ‘my bride’. The emphasis of the book lies on his work, his poetry, his love for his wife and his powerlessness to help her.

The novel’s title echoes the words of Judas at the Last Supper. When Jesus tells his apostles that one of them will betray him and Judas protests ‘Surely, not I Lord?’ Jesus answers ‘You have said so.’ After Plath’s death, many feminists cast Hughes in the role of Judas, as a man who had callously betrayed and abandoned his wife, and many friends shunned him, blaming him for her suicide. In a letter to Plath’s mother, he wrote ‘I don’t want ever to be forgiven’. Palmen succeeds in creating empathy for both husband and wife. Many will feel inclined to take a milder, more forgiving view of Hughes after reading her take on their story.

Connie Palmen’s new novel, her first in eight years, is a compelling, lyrical account of love and betrayal.

Connie Palmen (born 1955) became instantly famous with her first novel "De wetten" (The Laws, 1990) which turned into one of Holland’s greatest literary successes. It was translated in English, French, German, and Italian, among others. Her next two novels "De vriendschap" (The Friendship , 1995) and "I.M." (1998) also turned out to be bestsellers and were also translated and published in various languages. In addition to fiction Palmen, who has a degree in Dutch and philosophy, has also published two collections of essays: "Het weerzinwekkende lot van de oude filosoof Socrates" (The Revolting Fate of the Old Philosopher Socrates, 1992) and "Echt contact is niet de bedoeling" (Personal Contact Is Not Desired, 2000).