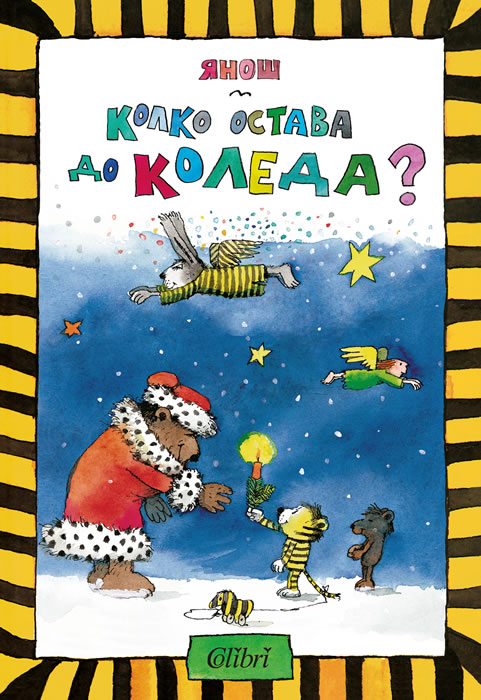 24 stories till Christmas - one for each day.

The Christmas Bear travels around the world, gathers desires and in the Holy Night brings to everyone what they need.

Janosch (born as Horst Eckert) (born March 11, 1931) is one of the best-known German-language children's book authors and illustrators.

He was born in Hindenburg (now Zabrze, Poland) in Upper Silesia to a family of mixed German and Polish origin. He said in an interview that he is Silesian of nationality. After World War II, the family fled to West Germany. In the area of Oldenburg, Janosch worked in a textile mill.

In 1953, he went to Munich, where he studied for some terms at the Academy of Arts, but broke off his studies eventually. Afterwards, he worked as a freelance artist. In 1960, his first book for children was published with George Lentz, a friend of his, who also persuaded him to take on the penname Janosch.

Within the next 10 years, numerous books for children followed with different publishing houses. He also published books for adults, in which he deals with his childhood experiences of growing up with an abusive father and a God-fearing mother, constantly recurring topics being friendship, family relationships, and the quest for the meaning of life. Amongst his most famous figures is the Tigerente that appears in Oh, wie schön ist Panama and the stories around the little tiger and the little bear.