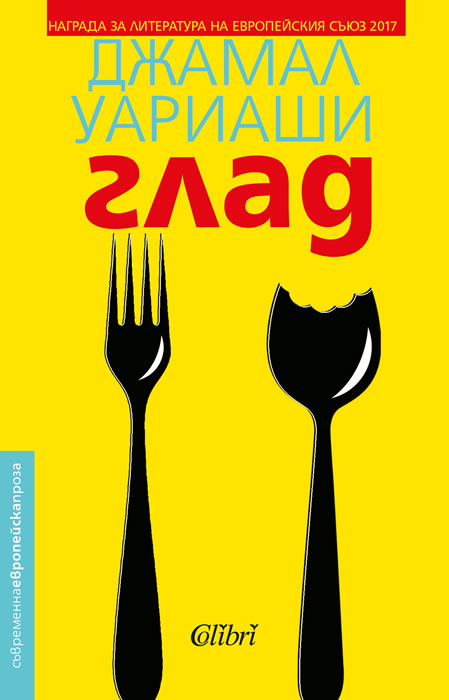 Jamal Ouariachi bases this masterly novel of ideas on the life of Nobel Prize-winner Daniel Carleton Gajdusek, a physician and medical researcher convicted of child abuse. Besides exploring the nature of love and examining the wisdom and folly of development aid, A Hunger delivers a fierce polemic against rigid sexual mores and is above all an exhilarating tour de force.

Aurélie is the loving and dedicated mother of a three-year-old daughter, a role she combines with a successful career in television. Her life is turned upside down when she receives a phone call out of the blue from an ex-lover: Alexander Laszlo, formerly an iconic figure in the world of Dutch development aid and once better known as ‘Holland’s answer to Bob Geldof ’.

Ten years previously, the passionate relationship between Aurélie, then a young student, and the flamboyant Alexander came to an abrupt end when Laszlo was convicted of sexually abusing one of his Ethiopian foster children. The boy had been brought to Amsterdam together with a dozen other children to be raised as part of Laszlo’s megalomaniac Future Leaders of Europe initiative. The aim was to give these children the best possible education so that they would return to their homeland armed with the knowledge to make a difference to society. Aurélie is understandably hesitant when Alexander contacts her after all this time and asks her to write his biography, especially when it becomes clear that the book will feature an apologia for paedo- philia. She agrees to write the book that will ultimately seal her ex-lover’s fate.

In A Hunger, Ouariachi once again proves himself to be a gifted and ambitious stylist, taking the reader on a journey that spans several continents, several decades and a range of social issues but that also plunges deep into the inner lives of Aurélie and Alexander. He pulls out all the stops, juggling pastiche, literary parody and sly nods to the likes of Joyce, Woolf, Nabokov and Easton Ellis. Without doubt one of the most courageous and surprising novels in recent years.

Winner of the European Union Prize for Literature 2017

In both style and content, A Hunger is a highlight of contemporary Dutch literature. Here we have a writer with something to say and who knows how to say it beautifully. Noord Hollands Dagblad

Few writers immerse themselves so deeply in their characters as [Ouariachi] does. A Hunger is not only a catalogue of peerless sentences, but also a miracle of imagination and empathy. De Standaard

You may well ask: do I actually want to read a defence of paedophilia? But when the result is great literature, a reviewer who simply stands in judgement should be viewed with definite distrust. NRC Handelsblad

Jamal Ouariachi (b. 1978) studied psychology and spent years working as an online therapist. He made his literary debut in 2010 with the novel De vernietiging van Prosper Morèl (The Destruction of Prosper Morèl). Since then he has written controversial stories, articles and columns for a range of leading publications including nrc.next, HP/De Tijd, de Volkskrant, Knack Focus and Vogue.

His second novel Tenderness has earned him nominations for the BNG Literatuurprijs and the Gouden Uil. He has followed it up with 25, one third of a Dutch literary trilogy written in response to Fifty Shades of Grey.