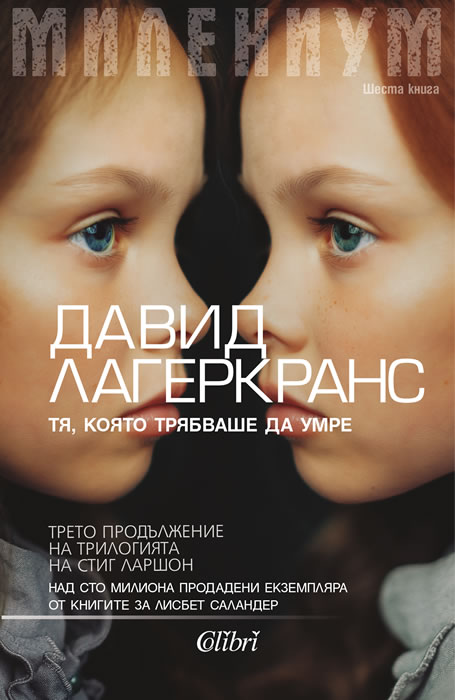 Millennium. The Girl Who Lived Twice

The sixth Lisbeth Salander story - the crime-fiction phenomenon that has sold more than 100 million copies worldwide!

Lisbeth Salander - the fierce, unstoppable girl with the dragon tattoo - has disappeared. She's sold her apartment in Stockholm. She's gone silent electronically. She's told no one where she is. And no one is aware that at long last she's got her primal enemy, her twin sister, Camilla, squarely in her sights.

Mikael Blomkvist is trying to reach Lisbeth. He needs her help unraveling the identity of a man who lived and died on the streets in Stockholm - a man who does not exist in any official records and whose garbled last words hinted at possible damaging knowledge of people in the highest echelons of government and industry. In his pocket was a crumpled piece of paper with Blomkvist's phone number on it.

Once again, Salander and Blomkvist will come to each other's aid, moving in tandem toward the truths they each seek. In the end, it will be Blomkvist - in a moment of unimaginable self-sacrifice - who will make it possible for Lisbeth to face the most important battle of her life, and, finally, to put her past to rest.

David Lagercrantz is a longtime Swedish journalist, writer, author of crime thrillers and biographical novels. He was born on September 4th 1962 in Solna, Stockholm. He studied philosophy and religion at university and subsequently graduated from the Gothenburg school of journalism. After graduation he worked at the magazine of the car company “Volvo”. He later began working as a criminal reporter until 1993 and covered the largest criminal cases since the late 1980s and early 1990s in Sweden.

His first biographical book, dedicated to the Swedish adventurer and mountaineer Göran Kropp, was published in 1997. In 2001, his novel for the English mathematician Alan Turing, Stjärnfall, was a literary breakthrough. He achieved international fame with his biography of the Bosnian-Croatian footballer Zlatan Ibrahimović. In 2015, the Swedish publishing company Norstedts launched his novel The Girl in the Spider’s Web, the first sequel to the cult trilogy Millennium by Stieg Larsson. The result was a worldwide triumph – the book has been published in over 40 countries around the world, including Bulgaria, and then was adapted into a successful feature film. The continuation of the sequel was not late. One and a half months after the publication of The Girl Who Takes an Eye for an Eye (2017), the total sales exceeded 1 million copies. On August 22, 2019, the world premiere of Millennium 6, The Girl Who Lived Twice, the third and final book in the series, signed by Lagercrantz, was published in over 35 countries simultaneously.

Lagercrantz is a board member of Swedish PEN.