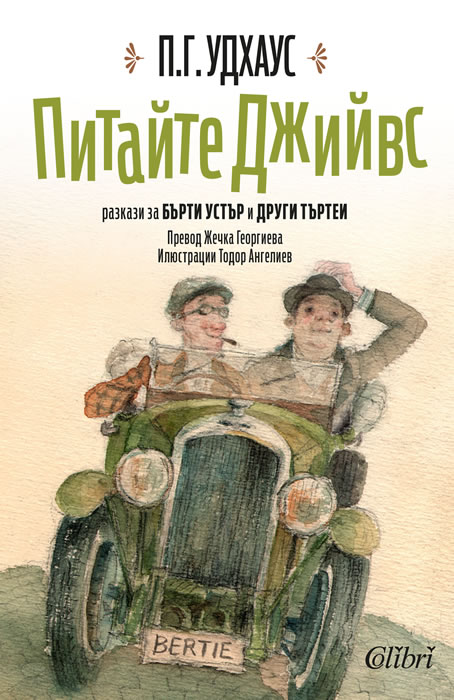 This brilliant collection translated by Jechka Georgieva, contains stories from the books Carry on, Jeeves, Very Good, Jeeves and The inimitable Jeeves.

Bertie Wooster and his resourceful manservant Jeeves appeared in over thirty short stories between 1915 and the publication of their first novel, Thank You, Jeeves, in 1934. Wodehouse was a master of the short story format, and the stories include some of Bertie’s most memorable adventures. They’re a terrific introduction to the series and its characters. Reading them first will avoid plot spoilers, and ensure you appreciate all the ‘in jokes’ throughout the series.

The short stories first appeared in magazine format before their publication in three volumes as The Inimitable Jeeves (1923), Carry On, Jeeves (1925) and Very Good, Jeeves (1930). Their order of appearance in these volumes differed from the original publication order, and some of the titles were changed. Wodehouse also included reworked versions of earlier stories, featuring a character called Reggie Pepper, as Bertie Wooster stories.