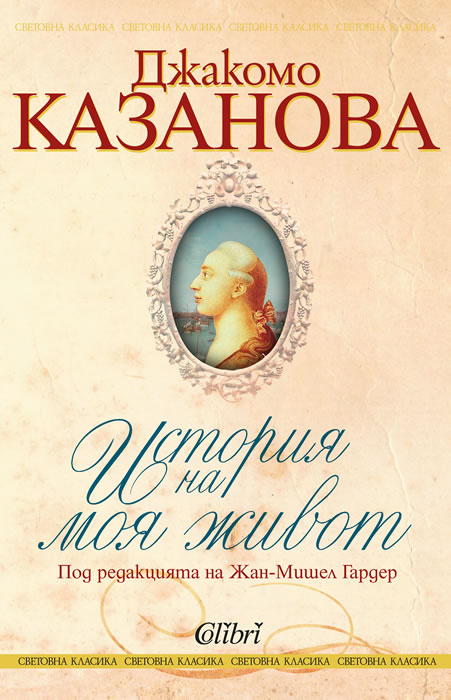 The Story of My Life

Seducer, gambler, necromancer, swindler, swashbuckler, poet, self-made gentleman, bon vivant, Giacomo Casanova was not only the most notorious lover of the Western world, but a supreme story teller. He lived a life stranger than most fictions, and the tale of his own adventures is his most compelling story, and one that remained unfinished at the time of his death. This new selection contains all the highlights of Casanova's life: his youth in Venice as a precocious ecclesiastic; his dabbling in the occult; his imprisonment and thrilling escape; and his amorous conquests, ranging from noblewomen to nuns.

Giacomo Girolamo Casanova de Seingalt was a Venetian adventurer and author. His main book Histoire de ma vie (Story of My Life), part autobiography and part memoir, is regarded as one of the most authentic sources of the customs and norms of European social life during the 18th century.

He was so famous as a womanizer that his name remains synonymous with the art of seduction and he is sometimes called "the world's greatest lover". He associated with European royalty, popes and cardinals, along with men such as Voltaire, Goethe and Mozart; but if he had not been obliged to spend some years as a librarian in the household of Count Waldstein of Bohemia, it is possible that he would be forgotten today.