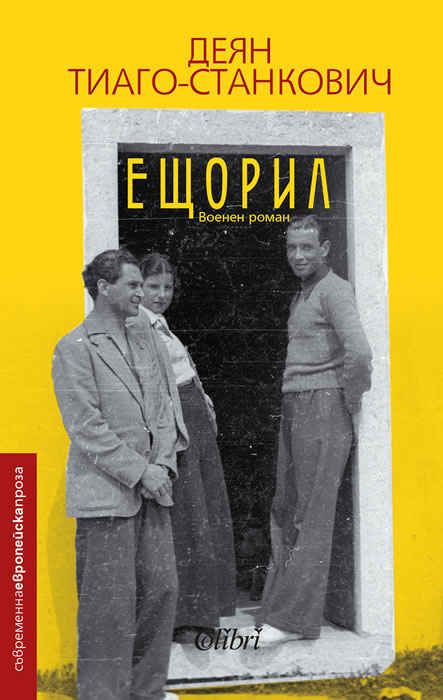 Set in a luxurious grand hotel just outside Lisbon, at the height of the Second World War, Estoril is a delightful and poignant novel about exile, divided loyalties, fear and survival. The hotel's guests include spies, fallen kings, refugees from the Balkans, Nazis, American diplomats and stateless Jews. The Portuguese secret police broodingly observe the visitors, terrified that their country's neutrality will be compromised.

The novel seamlessly fuses the stories of its invented characters with appearances by historical figures like the ex-King Carol of Romania, the great Polish pianist Jan Paderewski, the British agent Ian Fleming, the Russian chess grandmaster Alexander Alekhine and the French writer and flyer Antoine de St Exupery, who forms a poignant friendship with a young Jewish boy living alone in the hotel.

Dejan Tiago Stanković (Belgrade, 1965) author and literary translator. Born in Yugoslavia 1965. In 1989 graduates from architecture in Belgrade, Yugoslavia and moves to London. Since 1996 lives in Lisbon. Translates between his native Serbo-Croatian and Portuguese and writes in both those languages.