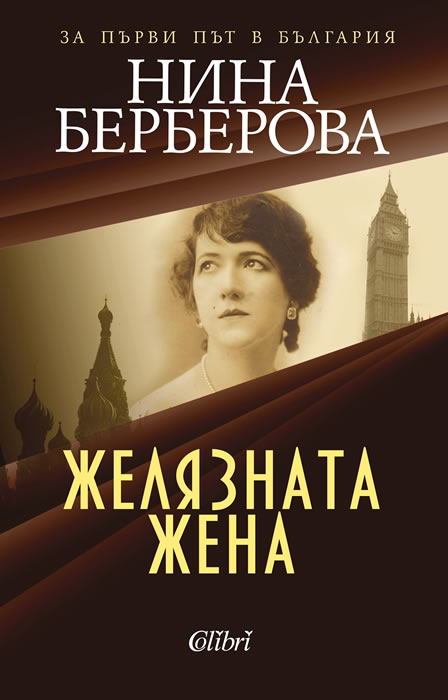 This captivationg reading chronicles a riveting moment in modern history through the eyes of Baroness Maria ("Moura") Ignatievna Zakrevskaya Beckendorff Budberg, a Russian aristocrat forced to employ great cunning to survive in the post-Revolution. This is not, however, a straightforward biography.

Nina Berberova, an acclaimed writer of fiction who spent the latter part of her life as a professor of Russian literature at Princeton University, has an admittedly complicated relationship to the people and events she details so richly in this book. With her companion, the poet Vladislav Khodasevich, Berberova lived in the Gorky household with Moura for three years. While she claims in her Preface to be committed to presenting an unbiased portrait of her subject, her personal reminiscences (which are not always favorable) clearly form and inform the rendering of Moura the reader finds here. Moura's viability as a biographical subject rests almost entirely on her role as mistress in the lives of three notable twentieth-century men: Robert Bruce Lockhart (of the Lockhart Affair, a 1918 plot to overthrow the nascent Bolshevik government), H.G. Wells, and Maxim Gorky, with whom she lived for several years. Her independent achievements (as a translator, mostly, though not a very good one, according to Berberova, and as a probable secret agent) receive as little attention in her biography as they seem to have received in her life. Moura's gifts were more amorphous. She was an individual who was naturally inclined to seek romance, and her tremendous charm was a powerful intoxicant to men: in some ways, her devotion to them became a career of its own.

The book also sheds light on facets of the frightening and all-consuming transition to Soviet life: the dire post-Revolution economic situation and the culture of newly impoverished intelligentsia it produced, as well as the battle (often literal, with a toll paid in artists' lives) to maintain some semblance of creative freedom under the new dictatorship. (This struggle is epitomized in the bitter rivalry between Gorky and his literary community and Grigori Zinoviev, who would become head of the Comintern in 1919, and exert fierce government control over creative expression). In fact, much of the book serves as a chilling reminder of just how unremittingly violent the Soviet experiment was at its inception.

Nina Nikolayevna Berberova was a Russian writer who chronicled the lives of Russian exiles in Paris in her short stories and novels. She visited post-Soviet Russia and died in Philadelphia. Born in 1901 to an Armenian father and a Russian mother, Nina Berberova was brought up in St Petersburg.

She left Russia in 1922 with poet Vladislav Khodasevich (who died in 1939). The couple lived in several European cities before settling in Paris in 1925. There Berberova began publishing short stories for the Russian emigre publications Poslednie Novosti ("The Latest News") and Russkaia Mysl’ ("Russian Thought"). The stories collected in Oblegchenie Uchasti ("The Easing of Fate") and Biiankurskie Prazdniki ("Billancourt Fiestas") were written during this period. She also wrote the first book length biography of composer Peter Ilyich Tchaikovsky in 1936, which was controversial for its openness about his homosexuality. In Paris she was part of a circle of poor but distinguished visiting literary Russian exiles which included Anna Akhmatova, Vladimir Nabokov, Boris Pasternak, Tsvetaeva and Mayakovsky.

After living in Paris for 25 years, Berberova emigrated to the United States in 1950 and became an American citizen in 1959. She began her academic career in 1958 when she was hired to teach Russian at Yale. She continued to write while she was teaching, publishing several povesti (long short stories), critical articles and some poetry. She left Yale in 1963 for Princeton, where she taught until her retirement in 1971. In 1991 Berberova moved from Princeton, New Jersey to Philadelphia.

Berberova’s autobiography, which details her early life and years in France, was written in Russian but published first in English as The Italics are Mine (Harcourt, Brace & World, 1969). The Russian edition, Kursiv Moi, was not published until 1983.