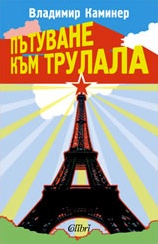 Part Bill Bryson and part David Sedaris, this witty and hilarious novel by the German cult author Wladimir Kaminer also has a Russian soul. It consists of five linked stories in which the narrator - born and raised in the former USSR and now yearning to explore foreign lands - weaves tales of communist Russia along with all the daily insanities and encounters in his new life.

Kaminer was born in Moscow, and after initially training as an audio engineer for theatre and radio, then studied dramaturgy at the Moscow Institute of Theater. Following the collapse of the Berlin Wall, Kaminer emigrated to Prenzlauer Berg, a district of Berlin in 1990.

Though Russian is his first language, Kaminer's entire literary output is in German, and sometimes concerns the language contact situation of Russian immigrants to Germany. In 2006 he announced his intention to run for Mayor of Berlin in 2011. The final chapter of his 2007 book "Ich bin kein Berliner" was subtitled "My first speech as mayoral candidate".

No Word from Gurb
Eduardo Mendoza