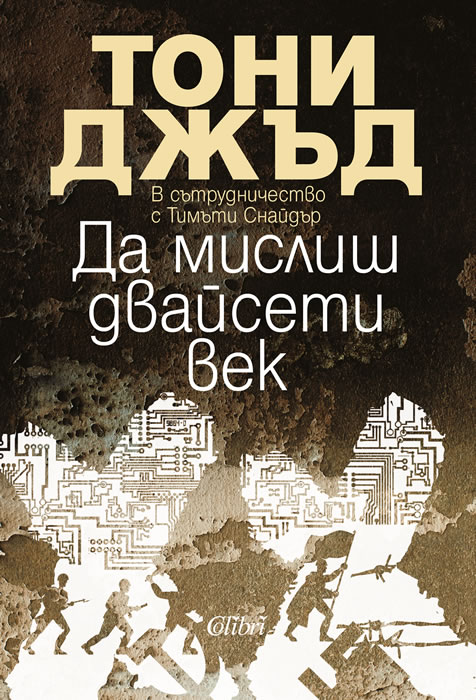 "Ideas crackle" in this triumphant final book of Tony Judt, taking readers on "a wild ride through the ideological currents and shoals of 20th century thought.” (Los Angeles Times)

One of our most brilliant historians, Tony Judt brings the past century vividly to life in this unprecedented and original history. Structured as a series of intimate conversations between Judt and his friend and fellow historian Timothy Snyder, Thinking the Twentieth Century presents the triumphs and the failures of the twentieth century's most prominent intellectuals and their ideas, guiding readers through the debates that defined our world.

Spanning an era with unprecedented clarity and insight, Thinking the Twentieth Century is a tour de force: a masterful analysis of the life of the mind and an unforgettable guide to leading the mindful life.

Tony Judt was born in London in 1948. He was educated at King's College, Cambridge and the École Normale Supérieure, Paris, and has taught at Cambridge, Oxford, Berkeley and New York University, where he is currently the Erich Maria Remarque Professor of European Studies and Director of the Remarque Institute, which is dedicated to the study of Europe and which he founded in 1995.

The author or editor of twelve books, he is a frequent contributor to The New York Review of Books, the Times Literary Supplement, The New Republic, The New York Times and many other journals in Europe and the US. Professor Judt is a Fellow of the American Academy of Arts and Sciences, a Fellow of the Royal Historical Society, and a Permanent Fellow of the Institut für die Wissenschaften vom Menschen (Vienna).

He is the author of "Reappraisals: Reflections On The Forgotten Twentieth Century" and "Postwar: A History of Europe since 1945," which was one of the New York Times Book Review's Ten Best Books of 2005, the winner of the Council on Foreign Relations Arthur Ross Book Award, and a finalist for the Pulitzer Prize.