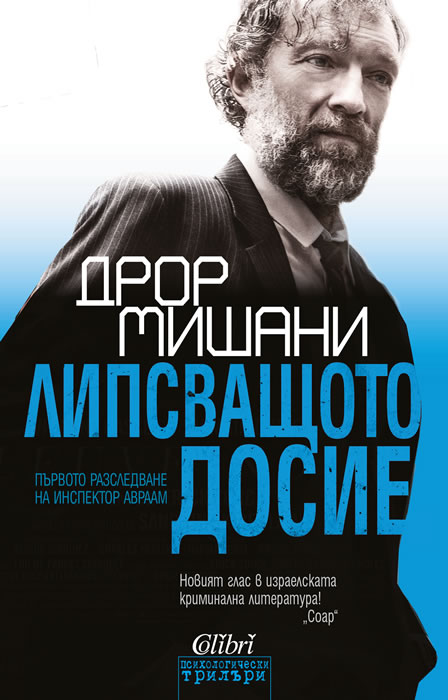 In The Missing File, Israeli detective Avraham Avraham must find a teenage boy gone missing from the suburbs of Tel Aviv in this first volume in a fresh new literary crime series by Dror Mishani.

Crimes in Avraham’s quiet suburb are generally not all that complex. But when a sixteen-year-old boy goes missing and a schoolteacher offers up a baffling complication, Avraham finds himself questioning everything he thought he knew about his life.

Told through alternating points of view, The Missing File is an emotionally wrought, character-driven page-turner with plenty of twists and turns. It’s a mystery that will leave readers questioning the notions of innocence and guilt, and the nebulous nature of truth.

Dror A. Mishani (born in 1975) is an Israeli crime writer, editor and literary scholar, specializing in the history of detective fiction. His first detective novel, "The missing file", was published in Hebrew in 2011. The series of crime fiction, featuring police inspector Avraham Avraham, is already translated to over 15 languages, including English, Swedish and German.

The Missing File was shortlisted for the 2013 CWA International Dagger award and won the Martin Beck Award, for the best translated crime novel in Sweden. Mishani's second novel, A Possibility of Violence, was the first crime novel on Sapir prize's (Israeli Booker) shortlist and won the Berenstein prize for best Hebrew novel of the year. The third novel in the series, The Man who wanted to know, was published in Hebrew in May 2015. The American edition of "The missing file" was published by Harper Collins in April 2013.

Dror Mishani lives with his wife and two children in Tel Aviv.