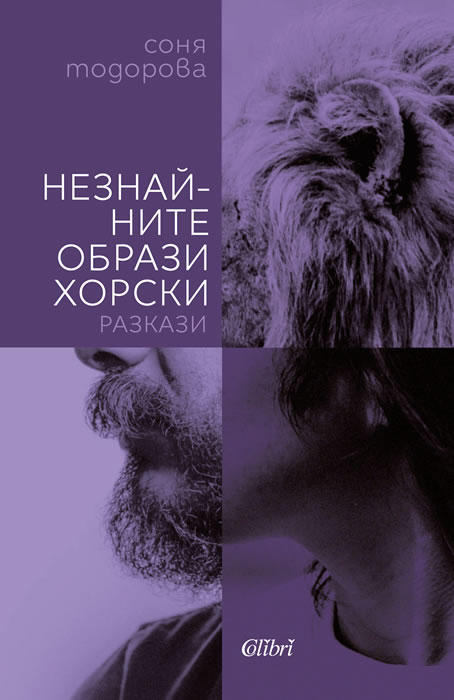 The stories in this collection seem to lead through the reality of everyday life, while playing a sly game with the readers expectations. A small boy throws a ball to the sun; a man looks for his long-forgotten face; an old gentleman walks among his immemorial memories; a business woman looks at the opposite sidewalk and surprisingly sees herself...

Under the sounds of waltz, tango and silence, somewhere between ants and lions, trains and landing planes, the magic pierces the world in order to highlight the other possible narrative.

Her first book, "A Concise and Practical Guide to Survival for Families with Small Children and Others in Sofia" (Colibri, 2015), is a humorous, yet sharp social study of present-day life in her hometown and was nominated for the Outstanding Cultural Achievement Award of Sofia Municipality.

The stories in her latest book, "The Unknown Human Images" (2018), seem to lead through the reality of everyday life, while playing a sly game with the readers expectations. The short story collection was nominated for the 2018 "Helikon" Book Award for New Bulgarian Prose and for the First National Award for Literature "Yordan Radichkov" 2020.

Like an outcast, a low-key demon,
traveling through people’s dreams.

Like an outcast, a low-key demon,
traveling through people’s dreams.