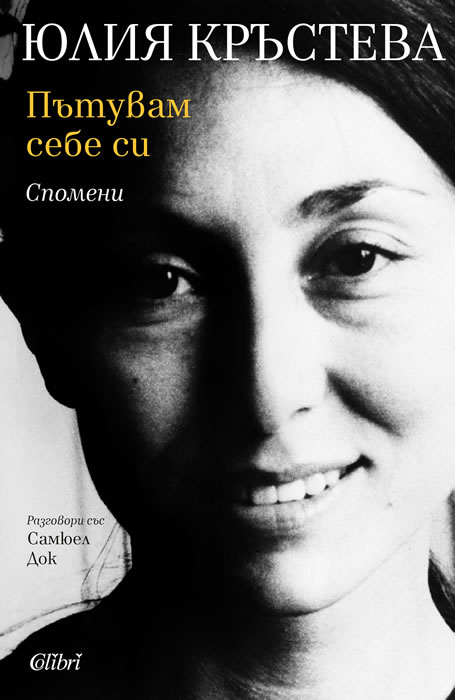 One destiny, one pen. "Multiverse" - as Julia Kristeva says. A recognizable stranger, a close unknown woman, a calm rebel? In this book, for the first time, the distinguished French intellectual of Bulgarian origin shares her life, "traveling herself" through the vicissitudes of time.

I travel myself has the form of dialogue, stretches on the border between the biographical genre and the psychological research. The book tells about Julia's childhood in the communist Bulgaria, about education, exile, meetings, people she loves, marriage, her son David, work, multiple trips, China, books, Freudian psychoanalysis, feminism in the footsteps of Simone de Beauvoir, poetry... And, of course, about teaching in France and her work as a visiting professor at a number of American universities. All this has led to many hardships, labor, pain.

Julia Kristeva (born 24 June 1941) is a Bulgarian-French philosopher, literary critic, psychoanalyst, feminist, and, most recently, novelist, who has lived in France since the mid-1960s.

She is now a professor emeritus at the University Paris Diderot. The author of more than 30 books, including Powers of Horror, Tales of Love, Black Sun: Depression and Melancholia, Proust and the Sense of Time, and the trilogy Female Genius, she has been awarded Commander of the Legion of Honor, Commander of the Order of Merit, the Holberg International Memorial Prize, the Hannah Arendt Prize, and the Vision 97 Foundation Prize, awarded by the Havel Foundation.

Kristeva became influential in international critical analysis, cultural studies and feminism after publishing her first book, Semeiotikè, in 1969. Her sizeable body of work includes books and essays which address intertextuality, the semiotic, and abjection, in the fields of linguistics, literary theory and criticism, psychoanalysis, biography and autobiography, political and cultural analysis, art and art history. She is prominent in structuralist and poststructuralist thought.

Kristeva is also the founder of the Simone de Beauvoir Prize committee.

A Life in Movies
Irwin Winkler