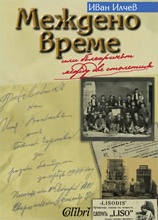 The beginning of the 20th is often considered to be “the most miraculous” period of our near past. “The miracle” is due to thousands unknown Bulgarians. We can revive from the oblivion at least one of them - Iliya from Byala Cherkva. About ten years ago his diary was found and published in Tokyo by the Japanese scholar of Bulgarian studies Kendji Teradjima.

Iliya writes his diary strictly from January 1 to December 31, 1900. His notes give us the rare opportunity to take a peep into the events, sorrows and happy times of the ordinary Bulgarian. What do we know about him? Not about people as a crowd, as a part of the statistics, but as an individual with his personal problems and worries.

The ambition of this book is to resurrect the moment, to depict the life of the Bulgarian fully, counting on that diary and hundreds of different documents, articles and comments.

The book is written by the prominent Bulgarian historian Ivan Ilchev. He has lectured in Ohio State University, Wilson Center in Washington D.C., the University of Chiba, Japan, the universities of Leipzig, Thessaloniki, Oxford, Chicago and many other famous educational centres.

At the beginning of November 2007, professor Ilchev was elected rector of the Sofia University. He is a corresponding member of the Bulgarian Academy of Sciences as well.

He has published thirteen books, two of them in co-authorship with other academics. The Rose of the Balkans is among the most renowned of them.