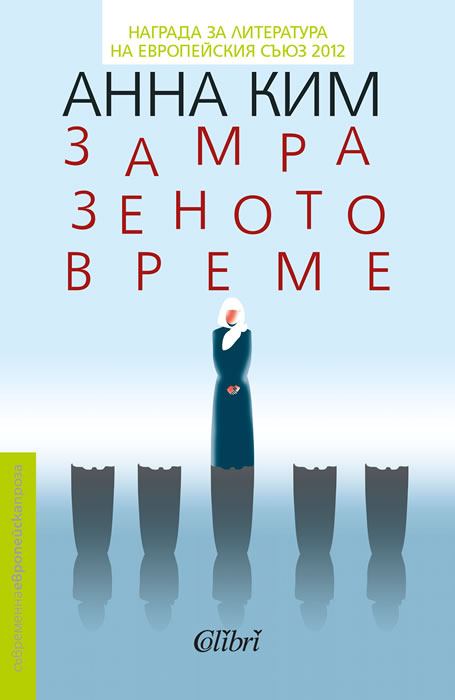 Since the end of the war in the former Yugoslavia, more than 30,000 people were reported as missing to the International Committee of the Red Cross. So far, only 15,000 of them have been identified.

This is the background to the story Anna Kim tells in her second novel: the search of a Kosovar for his missing wife and the first-person narrator’s gradual penetration of the complexities behind this traumatic event. Not only does she experience everyday life in the Serbo-Albanian conflict zones of the Kosovo, she also encounters the gut-wrenching work of the archaeologists and forensic anthropologists, and the Red Cross questionnaires to collect ‘antemortem data’. Above all, the dimensions of memory and the loss of it, of interrupted biographies and of a “frozen time” open up in front of her.

In this extraordinary book, Kim takes up where she left off in her debut novel Die Bilderspur, exploring concepts such as foreignness with a depressing relevance to the present. However, it is not just contemporary history that she is interested in, but also the linguistic portrayal of such incomprehensible horror, the search for the right words and sentences to describe something so extreme.

Anna Kim was born in 1977 in Daejeon, South Korea, moving to Germany in 1979, when her father took up an academic post in fine arts. Since then, she has returned to South Korea several times for short visits.

She studied Philosophy and Theatre Studies at the University of Vienna and wrote her master thesis on Georg Lukács´ Theory of the Novel. She has published several short stories, essays and poems in newspapers, literary magazines and anthologies. Her three novels are Anatomie einer Nacht (Anatomy of a Night, 2012), Die gefrorene Zeit (Frozen Time, 2008) - which has been translated into English and Albanian - and Die Bilderspur (The Trace of Pictures, 2004). She has also written a collection of poems, Das Sinken ein Bückflug.

Kim, who has received numerous awards and grants, lives in Vienna.