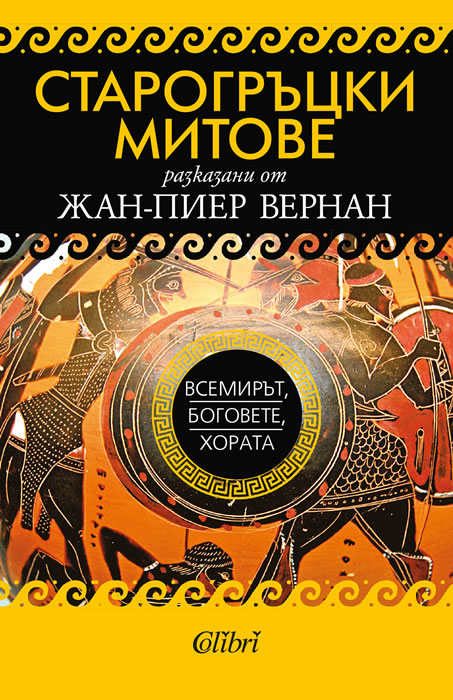 The Universe, the Gods, and Men. Ancient Greek Myths

In this enchanting retelling of Greek myth, Jean-Pierre Vernant combines his deep knowledge of the subject with an original storytelling style.

Beginning with the creation of Earth out of Chaos, Vernant continues with the castration of Uranus, the war between the Titans and the Olympian gods, the wily ruses of Prometheus and Zeus, and the creation of Pandora, the first woman. His narrative takes readers from the Trojan War to the voyage of Odysseus, from the story of Dionysus to the terrible destiny of Oedipus to Perseus's confrontation with the Gorgons.

Jean-Pierre Vernant has devoted himself to the study of Greek mythology. In recounting these tales, he unravels for us their multiple meanings and brings to life the beloved figures of legend whose narratives lie at the origin of our civilization. With remarkable psychological acuity, Vernant presents a picture of the world as the Greeks understood it.

The relationship between the human and the divine - realms that have always been intimately connected - and their place within a world of potent natural forces are evoked effortlessly in a narrative that retains the magical quality of myth and reads with the compelling momentum of a good novel.

Jean-Pierre Vernant (January 4, 1914 – January 9, 2007) was a French historian and anthropologist, specialist in ancient Greece. Influenced by Claude Lévi-Strauss, Vernant developed a structuralist approach to Greek myth, tragedy, and society which would itself be influential among classical scholars. He was an honorary professor at the Collège de France.